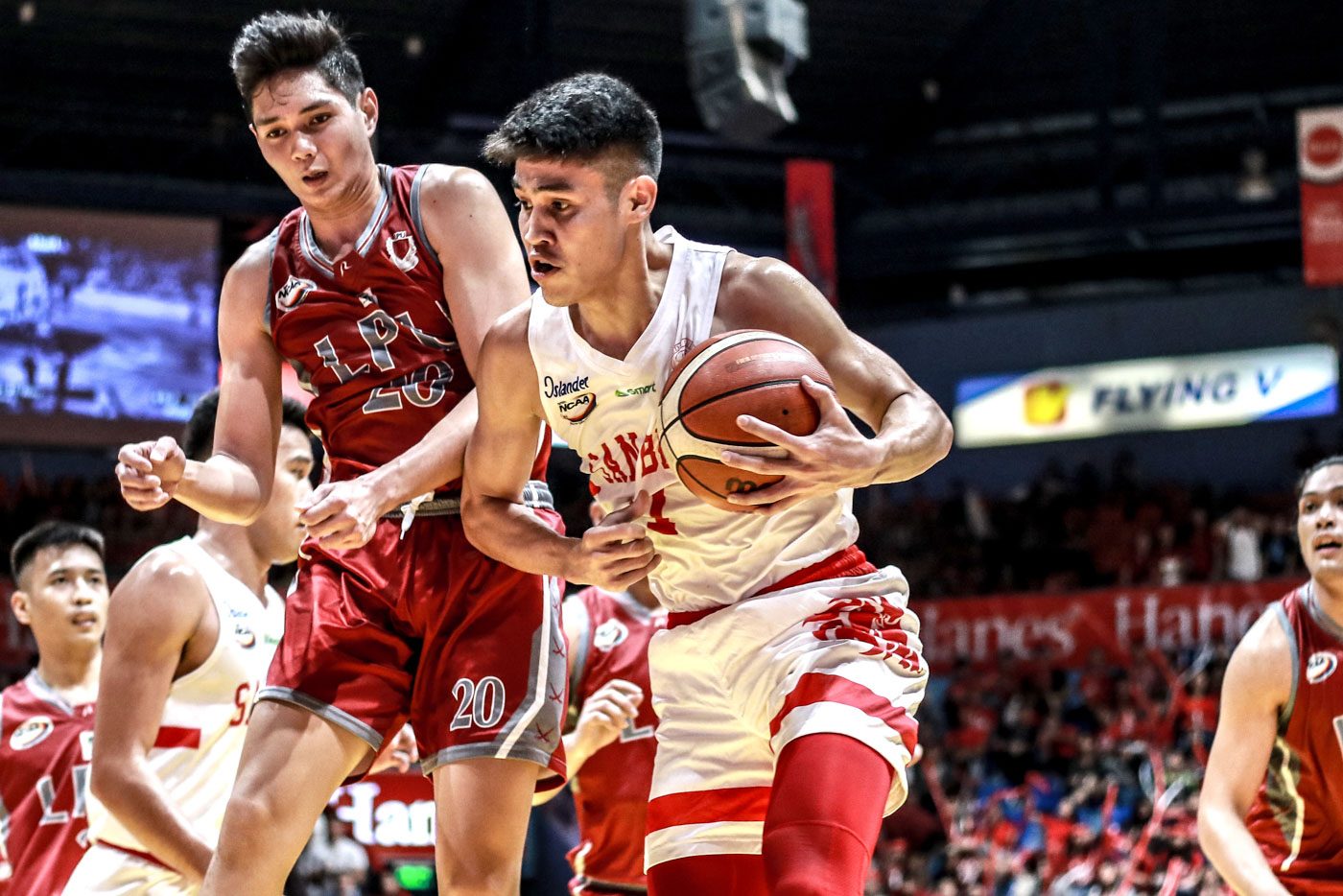 MANILA, Philippines – The San Beda Red Lions capped off a masterful NCAA Season 95 eliminations run with an 85-62 drubbing of the Lyceum Pirates to clinch an outright finals berth  in men’s basketball at the Filoil Flying V Centre on Thursday, October 17.

With the win, the Red Lion young guns completed an 18-0 season sweep, their first since going 16-0 in Season 86.

“It’s a little bit of fulfillment on my part that we got this achievement,” said multi-titled head coach Boyet Fernandez after the Red Lions booked their 14th straight championship berth.

Donald Tankoua finished the game with a season-high 26 points and 8 rebounds while Calvin Oftana, the leading MVP candidate, chipped in an 18-marker, 10-board double-double in the easy win.

While San Beda jumped straight to the finals, Lyceum – which finished with a second-best 13-5 record – lost its twice-to-beat advantage and will go through a stepladder semifinals.

After a back-and-forth 1st quarter, the four-peat seeking Red Lions quickly showed why they are the kings of NCAA basketball after a massive 18-3 run to clinch a 20-point lead, 46-26, off a Tankoua and-one.

San Beda kept this pace up until the final frame and led as high as 25, 85-60, in the waning seconds of the game off a split Tankoua trip at the line.

Jaycee Marcelino paced Lyceum in the losing effort with 17 points and 4 boards as Cameroonian big man Mike Nzeusseu sat out after aggravating his right hand injury.

In the curtain-raiser, the Letran Knights clinched the 3rd seed with an 87-79 win against the also-ran EAC Generals.

The Knights finished the season with a 12-6 record, just one win below their 13-5 finish the year prior.

They then made a crucial 11-0 run for a 73-61 lead midway through the final frame off the efforts of Bonbon Batiller and team captain Jerrick Balanza.

Balanza then sealed the deal with 4 straight free throws for a 12-point advantage, 83-71, with a minute to spare in regulation.

On the other end, Jethro Mendoza capped off his collegiate career fittingly enough with a career-high 26 points on a 10-of-18 shooting in the losing effort.

JP Maguliano added 13 markers and 9 boards as the only other General in double-figures.

The Generals bottomed out at 4-14 despite big wins against contenders like Lyceum and San Sebastian.