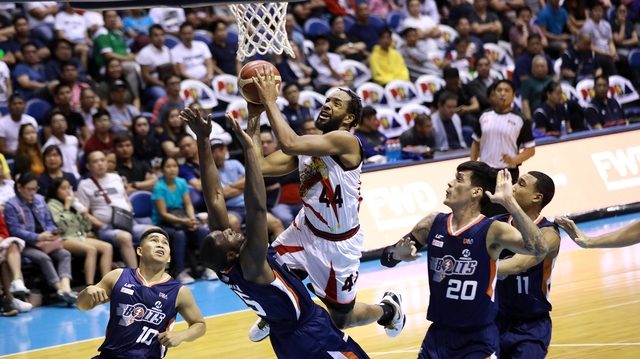 Wells did not play the entire second half to avoid aggravating the injury as the Beermen got handed a 99-125 beating by the Bolts.

Grimacing in pain after accidentally stepping on the foot of Chris Newsome during a drive attempt, Wells still managed to come back and end the first half with 18 points, 3 rebounds, 2 steals, and 1 block.

However, he was benched for the last two quarters as San Miguel absorbed their worst loss in the season-ending conference.

“I think the fact that he returned after he twisted his ankle, I think there’s nothing serious about it,” Austria told reporters in a mix of Filipino and English after a lengthy discussion with his coaching staff.

What Austria is wary of is the fact that the Beermen lost 3 of their last 4 outings after opening their campaign on a four-game winning streak.

In their previous 4 matches, Wells breached the 50-point mark twice, but both of his scoring outbursts went down the drain in heartbreaking defeats to Barangay Ginebra and NorthPort.

“My concern is the local players. They should provide help to Dez because the fact that he can score 56 points, there’s something in him that he could help a lot in our team. But he cannot do it alone,” Austria said.

“I think we should understand the situation of our team right now because we have a good import and as much as possible, he’s trying his best to get the team involved.”

For a team chasing a rare Grand Slam, Austria said they simply have to rediscover the grit and hunger they showed when they captured the first two championships of the season.

Fortunately for Austria, they have more than a week before facing Blackwater on November 6 – enough time for Wells to recover and for San Miguel to determine want went wrong following their hot start.

“We’re fortunate because we have 10 days before our next game and a chance to reflect because we’re trying to figure out what’s really wrong with us, if it is physically, mentally, or psychologically,” Austria said. – Rappler.com