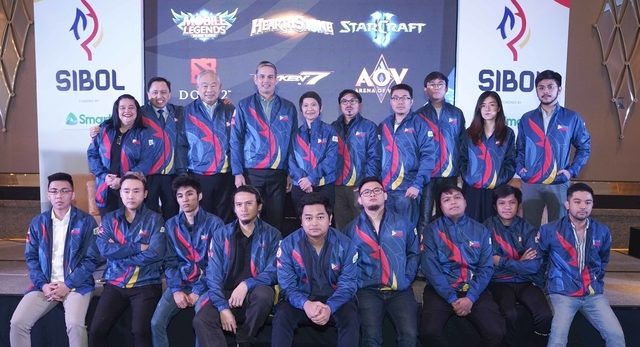 Al Panlilio, PLDT chief revenue officer and Smart president, confirmed this commitment on Monday, October 28, during the press launch of their “Get Gold!” campaign, which offers cash incentives to eSports bets, referred to as Sibol athletes, and their coaches and managers.

“This is a huge milestone for eSports, and it is our greatest honor to support the best Filipino gamers as they prove that we have the talent, skill, and drive to dominate this increasingly growing scene,” Panlilio said.

With its battle cry “Lakad Matatag,” the national team hopes to regain the overall championship in the 11-nation biennial event that the country will host from November 30 to December 11.

To further bolster Sibol’s drive for gold, Smart will be conducting a test tournament on November 4 at The Arena in San Juan, featuring Thailand, Malaysia, Indonesia, and the Philippines.

Other countries that entered in eSports are Singapore, Laos, Cambodia, and Myanmar.

Also present during the press launch was Jane Jimenez Basas, president of Cignal TV and TV5.

“With the combined efforts of Smart and their Get Gold! program, as well as our other partners and the whole country, we believe that Sibol now has taken firm root and will be able to face all challenges that come their way on their path to victory,” said Basas, also the co-chair of the Philippine Southeast Asian Games eSports.

The 27 Sibol athletes are: