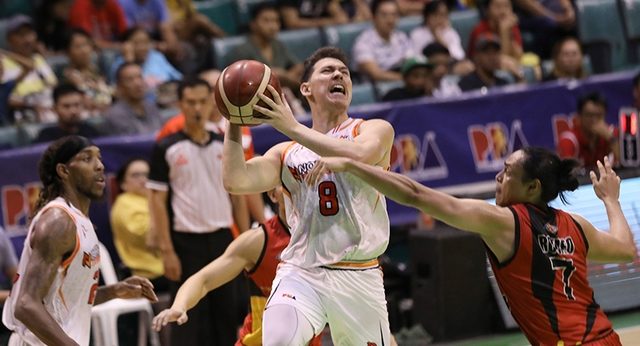 MANILA, Philippines – NorthPort will miss Robert Bolick for quite some time as he is set to undergo surgery after suffering a partial tear on his right anterior cruciate ligament – abruptly ending his stellar rookie PBA season.

Bolick, the third overall pick in the recent PBA draft, is expected to be sidelined for 6 months for the injury he sustained in their 127-119 win over San Miguel in the PBA Governors’ Cup on October 23.

“To address the ACL tear, Bolick opted to go through surgery rather than rehab to ensure full recovery,” the Batang Pier said in a statement.

A proven winner in the collegiate ranks with 3 NCAA titles and 1 UAAP crown, Bolick had an immediate impact for NorthPort, helping the team reach the quarterfinals in the first two conferences this season.

The injury, though, could not have come at a worse time with the Batang Pier looking to turn things around in the season-ending Governors’ Cup with the addition of Christian Standhardinger and the arrival of import Michael Qualls.

Also, his absence may affect his chances of winning Rookie of the Year.

Now at 8th place behind a 3-4 record, NorthPort will play its first game without Bolick against Alaska on November 3 at the Araneta Coliseum. – Rappler.com