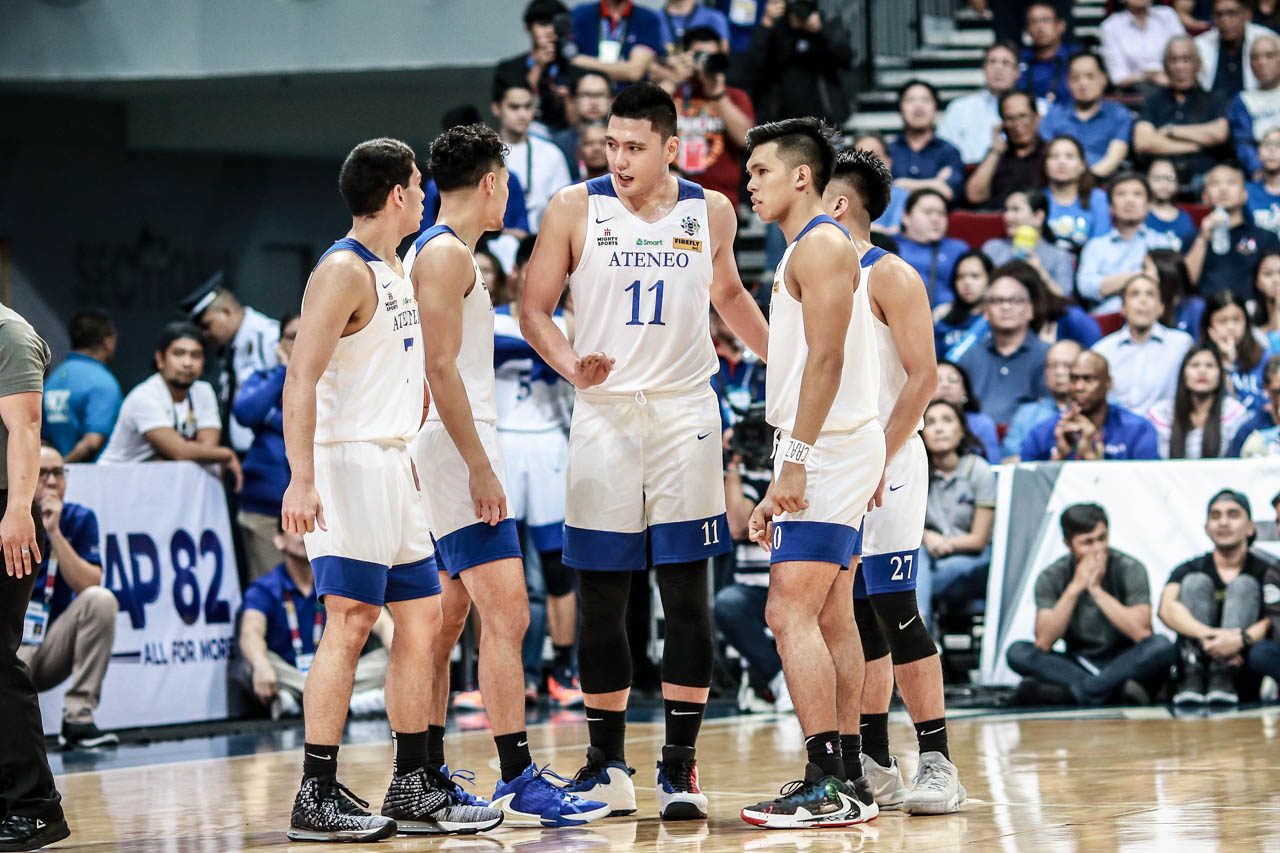 Facebook Twitter Copy URL
Copied
Call them too methodical or even robotic, but for Ateneo coach Tab Baldwin, it takes a lot of heart to build an efficient team

MANILA, Philippines – The Ateneo Blue Eagles ran roughshod all over the competition in the UAAP Season 82 men’s basketball tournament en route to a historic 14-0 sweep and an outright finals berth.

Not even the second-ranked UP Fighting Maroons gave the two-time defending champions enough of a fight, as Ateneo cruised to an 86-64 demolition job to end their elimination round on Wednesday, October 30.

All in all, the Eagles embarrassed their opponents across the board with an average winning margin of 17.4 points using the same by-the-book mentality hammered home by coach Tab Baldwin.

As such, fans can’t be faulted for thinking that Baldwin’s wards have become too methodical, to the point of being robotic. However, the multi-titled coach made it a point to address that assumption first and foremost.

“When they talk about us being kind of super efficient and almost robotic, I don’t think that people understand the amount of heart that it takes to build the basketball team that we have built, and the job particularly that these 5 seniors (Thirdy Ravena, Matt Nieto, Mike Nieto, Isaac Go, Adrian Wong) have done in that,” he said in the post-game presser.

“This is a team that has tremendous amount of heart because what determines heart? The sacrifices that these guys have made, this is the hardest practicing team that I’ve ever coached in 40 years,” he continued.

“That doesn’t come because you’re super disciplined or because you’re robotic guys that just do what you’re told. It’s driven by an unbelievable sense of determination, passion, belief in one another, and I think that’s what equates the heart.”

Such a statement is certainly high praise for a man who has coached the New Zealand, Lebanon, Jordan and Gilas Pilipinas national teams over those 4 decades as a head coach.

But clearly, the Eagles’ collective effort has paid off in a big way so far as no other team in the UAAP can even consistently go toe-to-toe with them for 48 minutes.

“I’m just surrounded, not just these 5, but I’m surrounded by a basketball team that humbles me as a competitor with how much heart they have, with how much passion they have to succeed,” Baldwin said.

“Our job is far from done, and in fact, it’s going to get harder,” he continued. “But at this point, I can say that I’m very proud of these men. And I know that they will not take that as any sort of sign to relax. In fact, we practice tomorrow. So our job is far from over.”

Due to the stepladder incentive, the Eagles now have more than two weeks off before Game 1 of the Finals starts on Saturday, November 16. But as Baldwin said, his wards will have no days off, which is all fine because they enjoy what they do and they do it well.

“We’ve enjoyed every step of the way,” Baldwin said. “I believe we have an outstanding basketball team, but we haven’t proven ourselves at the last hurdle yet. I look forward to working with these guys for another few weeks to achieve that, if we can.”

“We will pay all due respect to our opponents and when I say that, that means we will go out there with everything that we have because that’s what they will deserve.” – Rappler.com