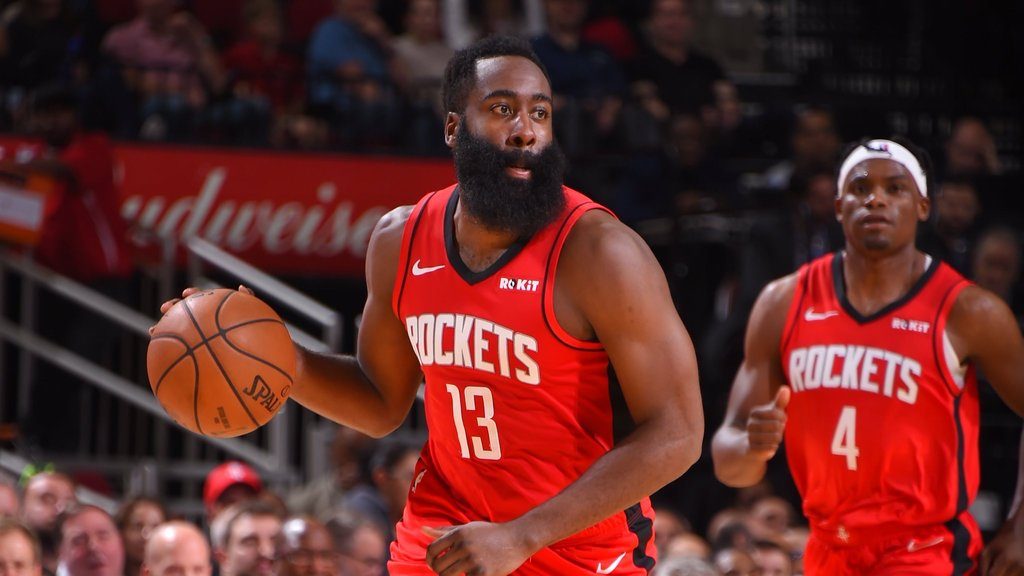 James Harden finished with 36 points and 13 assists and shot 6-of-16 from beyond the arc for the host Rockets in front of a crowd of 18,000 at the Toyota Center arena.

“I pick and choose when I have to be aggressive,” Harden said. “It is a process and we are building something great.”

Harden has now shot 13-of-32 from three-point range in his last two games after shooting just 17-of-79 in his first 6 games of the new season.

The contest was expected to be a high-scoring affair as the Rockets and Warriors are 29th and 28th in the NBA in points allowed. The Rockets give up an average of 123 points per game and the Warriors 120. Neither team has been able to hold their opponent to under triple digits so far this year.

The lineup the Warriors used Wednesday was a shadow of the team that reached the NBA finals last season where they lost to the Toronto Raptors. Even before Stephen Curry broke his hand recently they were already reeling from a long term injury to Klay Thompson and the loss of Kevin Durant.

“Hopefully those guys will get back in the court soon. That is the league, injuries happen,” Harden said. “We had that problem a couple years ago. So it’s nothing new.”

Against the Rockets Golden State was also without D’Angelo Russell (sprained right ankle) and Draymond Green (injured finger) for a third straight game.

Russell Westbrook had 18 points, 8 rebounds and 6 assists. PJ Tucker had 22 points and 11 rebounds, Clint Capela added 19 points and 16 rebounds, and Austin Rivers was 4-for-4 from three with 12 points.

Serge Ibaka scored 10 of his 21 points in the 4th quarter and OG Anunoby had a season-high 18 as the Raptors improved to 4-0 at home this season.

Lowry has scored 20 or more 6 times in Toronto’s first 7 games. Marc Gasol each scored a season-high 12 for Toronto.

Harrison Barnes had 26 points, Bogdan Bogdanovic scored 13 of his 22 in the 4th quarter and Buddy Hield added 21 as the Kings had their two-game winning streak halted. – Rappler.com