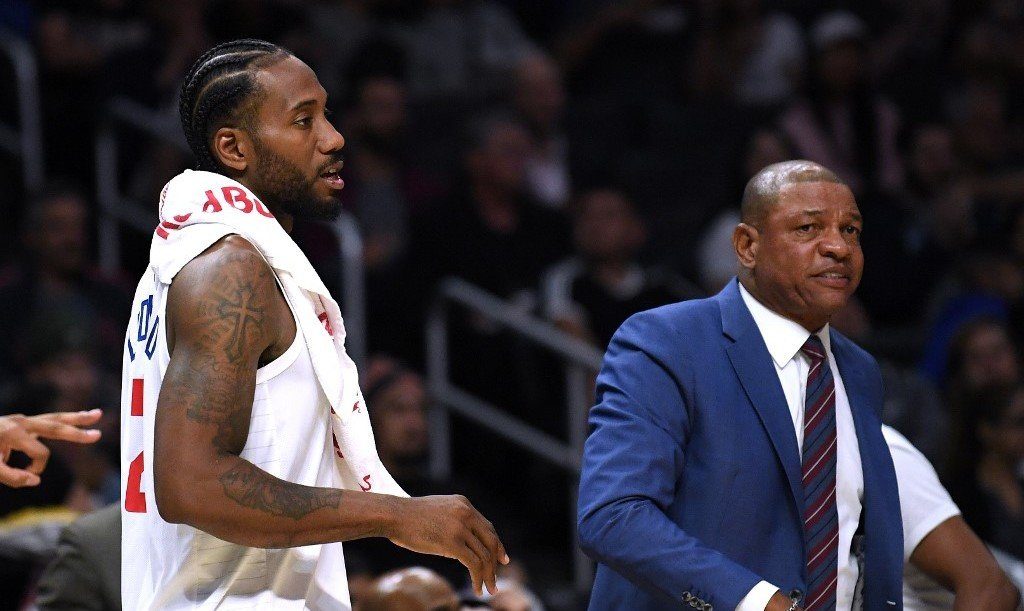 LOS ANGELES, USA – The National Basketball Association has slapped the Los Angeles Clippers with a $50,000 fine because of comments coach Doc Rivers made about Kawhi Leonard’s injury status.

“The NBA has fined the Clippers $50,000 for statements, including by head coach Doc Rivers, that were inconsistent with Leonard’s health status,” the league’s disciplinary officials said in a statement on Thursday.

On Wednesday, the league said it accepted the Clippers decision to sit Leonard in the first of back-to-back games. The club’s injury report listed Leonard as having a sore knee.

The league then took issue with Rivers’ description of the matter.

“I think Kawhi made a statement that he’s never felt better. It’s our job to make sure he stays that way. That’s important. But he played a lot of minutes in the playoffs last year,” Rivers said.

“So, it’s not, uh, a health thing really. It is in some ways. We want him to just keep feeling better and getting better.”

The league levied the fine but added in their statement they still believe Leonard has a legitimate injury.

“Following additional review of the LA Clippers not playing Kawhi Leonard in last night’s game against the Milwaukee Bucks, the NBA has confirmed that the team’s decision to sit Leonard for management of an injury was consistent with league rules,” the statement read.

“The team has reasonably determined that Leonard is suffering from an ongoing injury to the patella tendon in his left knee and has been placed by the team at this time on an injury protocol for back-to-back games.”

The Clippers hosted the Portland Trail Blazers on Thursday night, and Leonard was expected to play.