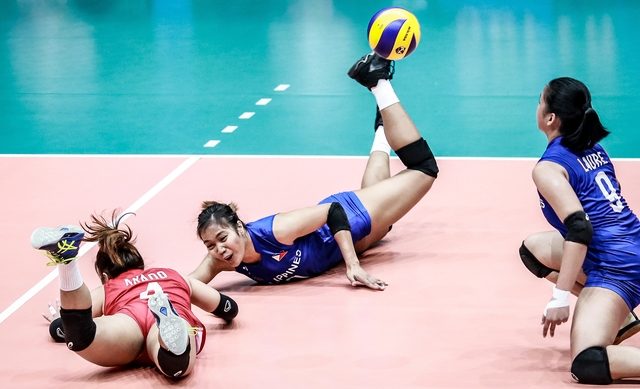 MANILA, Philippines – Team Philippines showed no mercy and blanked Team Sparkle to keep its record unblemished in the 2019 Philippine Superliga Super Cup at the Arena in San Juan on Thursday, November 7.

Jovelyn Gonzaga chalked up 13 points from 11 kills in the crushing victory, while Eya Laure churned out 12 points.

Team Sparkle joined Team Shine, which has yet to win after two outings, at the bottom. – Rappler.com