Kobe Paras mum on subpar outing in UP blowout loss 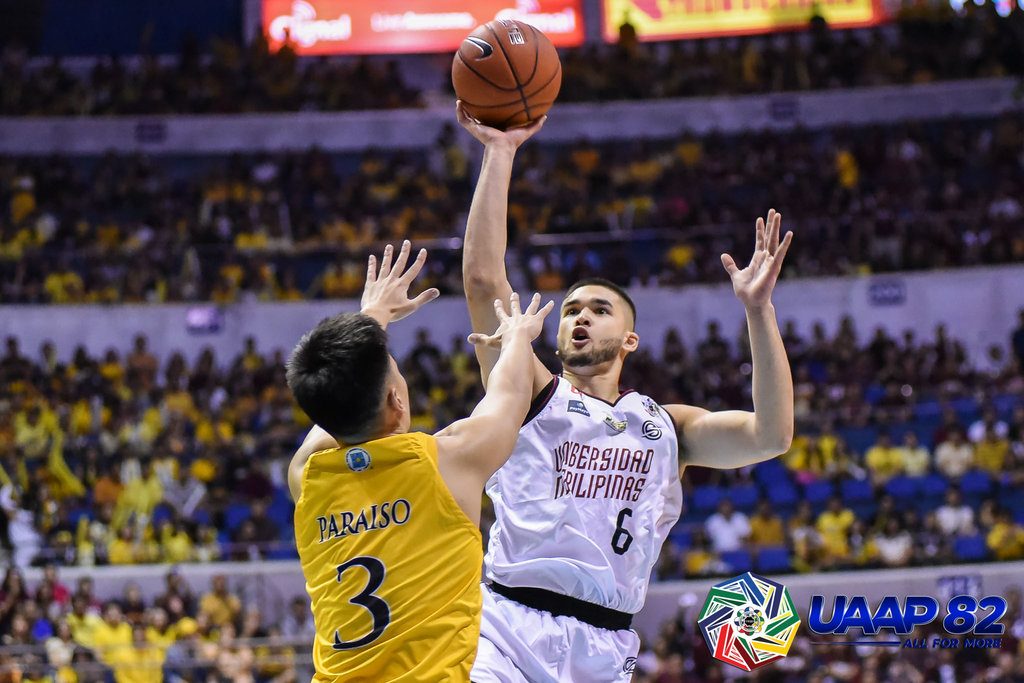 Facebook Twitter Copy URL
Copied
After a stellar run all season, UP star Kobe Paras winds up with just 9 points in his first UAAP playoff game

MANILA, Philippines – Kobe Paras crashed and burned in his UAAP playoff debut and had nothing to say about it.

After posting a subpar nine-point performance on a 4-of-13 shooting and 1-of-4 free throws in the UP Fighting Maroons’ 69-89 blowout loss against the UST Growling Tigers, the second-generation star was one of the first players to exit the locker room and politely begged off from interviews.

Season 81 Mythical Team selection Juan Gomez de Liaño picked up the slack in his stead with a season-high 20-point performance off the bench, but it was just not enough as the Aldin Ayo-coached Tigers saw 6 players clinch double-digits in scoring for the night. (IN PHOTOS: UST vs UP – UAAP Season 82, semifinals)

Paras, the son of PBA legend Benjie Paras, entered UAAP Season 82 with incredible amount of hype and for the most part, he lived up to the massive expectations put on him.

After bouncing around schools in the US, the 6-foot-6 sensation found a home in Katipunan and averaged a team-high 17.4 points to go with 5.7 rebounds, 1.9 assists, 1.3 blocks and 1.2 steals en route to the Mythical Five citation.

But Paras still has a chance to turn it around on Wednesday, November 13, as the Maroons figure in a do-or-die contest with the streaking Tigers for the last title berth. – Rappler.com