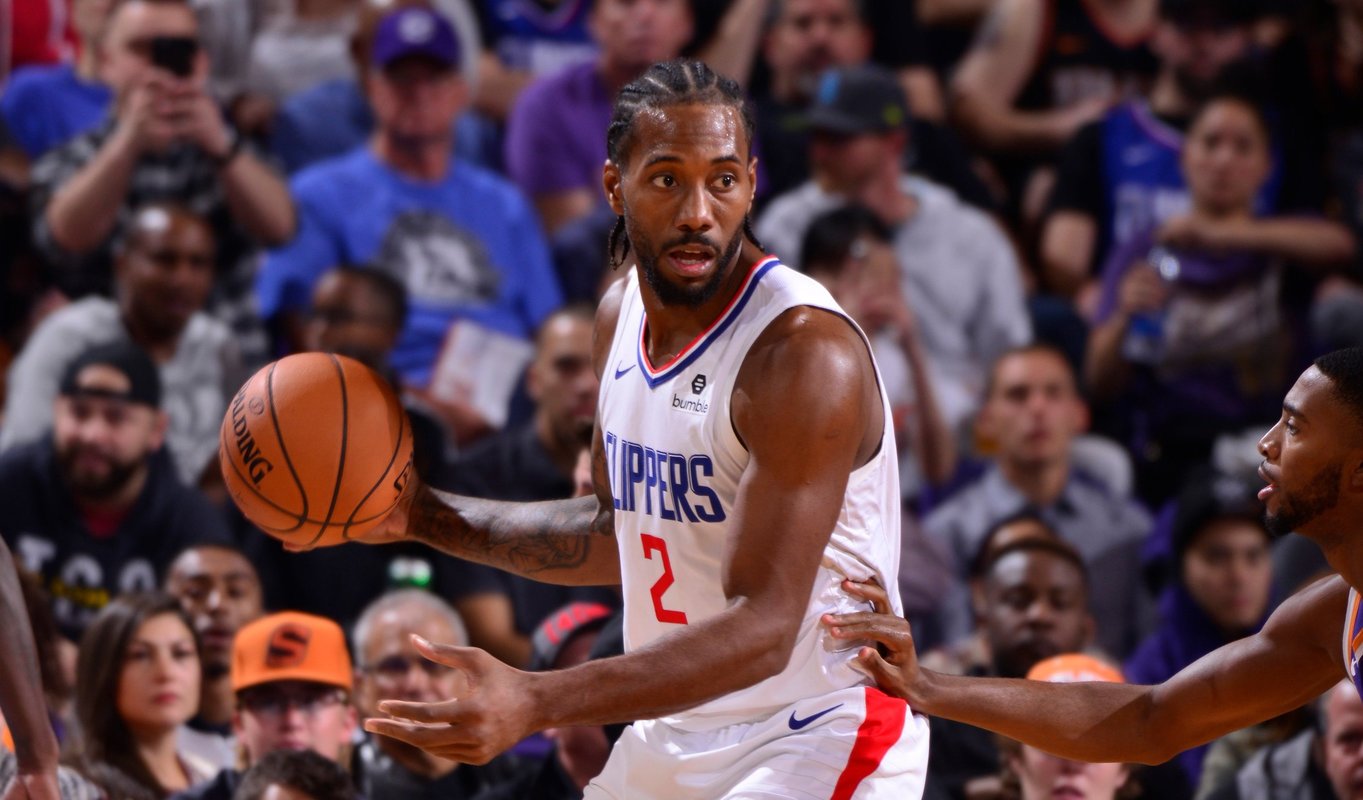 The Clippers grinded defensively through the 4th quarter, allowing Toronto only 10 points in the final period as the Raptors missed 6 of their first 7 shots while Lou Williams came off the LA bench for a game-high 21 points.

“Just compete on the defensive end, contest their shots and get back on transition,” Leonard said as the secret for the Clippers’ late success.

“That’s what a championship team is about,” Leonard said. “When your star is not making shots, they step up and pull it out. That’s what it’s all about.”

Leonard was the NBA Finals Most Valuable Player for Toronto in June when he sparked the Raptors over Golden State in the best-of-seven championship series, but he departed for his hometown Clippers in July.

“It was fun to compete against them,” Leonard said, calling the experience emotional but keeping his trademark composure.

“We had a fun ride last year. On and off the court we had fun.”

Pascal Siakam led the Raptors with 16 points and 10 rebounds while shooting 6-of-17 from the floor.

The Raptors, without injured Kyle Lowry, lost forward O.G. Anunoby to injury after only two minutes on the court.

Boston guard Kemba Walker scored 29 points before leaving late in the game with an injury, leading the host Celtics over Dallas 116-106.

Celtics coach Brad Stevens called the setback “a little whiplash” and did not expect it was serious.

Jaylen Brown added 25 points and 11 rebounds, his second consecutive double double, on a night when Jayson Tatum went 1-for-18 from the floor and Luka Doncic led Dallas with 34 points.

“I’m just trying to keep winning, whatever I’ve got to do,” Brown said.

“We wanted to be aggressive defensively. We did a pretty good job. Luka Doncic picked us apart but other than that we did a really good job, They can’t all be pretty but we got the job done.”

The Mavericks (6-4) suffered their first road loss this season while the Celtics improved to an NBA-best 8-1 and stretched their win streak to eight games after an opening night loss to Philadelphia.

With 373 points in 10 games, Harden becomes the first player to score so many so quickly into an NBA season since Rick Barry had 381 in 1967. The only player ever with more was 1960s icon Wilt Chamberlain.

Clint Capela had 11 points and 20 rebounds for the Rockets while J.J. Redick led the Pelicans with 24 points.

“We will be together forever,” the Frenchman told his former teammates in a post-game ceremony.

Blake Griffin made his season debut for Detroit after left knee surgery and a hamstring injury, producing 19 points on 6-of-12 shooting with seven rebounds and five assists over 24 minutes.