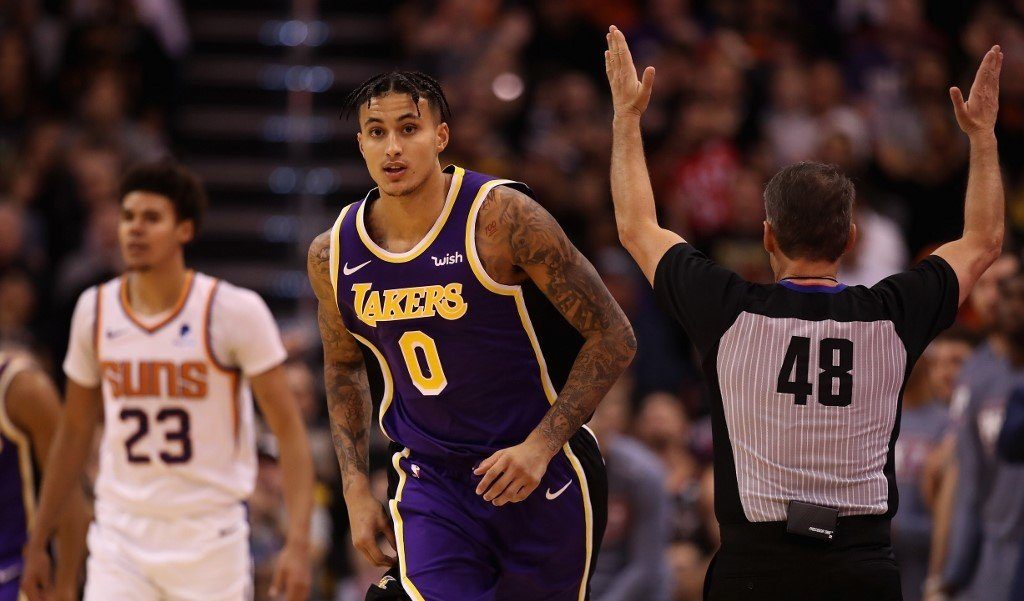 Kuzma hit back-to-back threes in the final 3 minutes of a see-saw battle to finally sink the Suns, shortly after Phoenix had taken a 113-111 lead with 3 minutes and 29 seconds left at the Talking Stick Resort Arena.

Kuzma finished with 23 points off the bench while Anthony Davis led the Lakers’ scoring with 24 points and 12 rebounds.

“I’ve been finding my rhythm all season,” Kuzma said of his crucial pair of late three-pointers.

“I feel like every single game I’ve been getting better with my rhythm and timing. It kind of clicked a little bit. I know I can shoot.”

James added 19 points with 11 assists and 7 rebounds as the Lakers made an instant return to winning ways following Sunday’s loss to Toronto.

The win saw the Lakers improve to 8-2 at the top of the Western Conference, continuing the franchise’s resurgence under head coach Frank Vogel.

Phoenix meanwhile fell to 6-4 with the defeat. Devin Booker and Ricky Rubio led the Suns scoring with 21 points apiece.

Elsewhere Wednesday, the Philadelphia 76ers improved to 7-3 in the Eastern Conference table with a gritty 98-97 victory over the Cleveland Cavaliers at the Wells Fargo Center.

Joel Embiid led the way for the Sixers with 27 points, while hauling down 14 defensive rebounds. Josh Richardson added 17 points while Ben Simmons had 15.

But the Sixers were left sweating until the final seconds before Embiid slammed in the winning dunk with 13.2 seconds on the clock to seal the win and prevent what would have been an upset defeat.

Sixers coach Brett Brown admitted the narrow victory had been too close for comfort. Asked if his team were playing with fire, Brown replied: “It’s a blow torch. A really big one.”

But the Sixers boss was pleased at how his team had weathered the storm after an error-strewn performance that included 14 turnovers.

“You watch the game unfold and you can’t make some of that up,” Brown said.

“I’m the coach and I’ve got to figure it out. Some of those turnovers were head scratching. But I give our guys credit for not crumbling.”

Brown reserved special praise for Embiid, who hauled the Sixers over the line in the closing stages.

“His physicality, his tenacity, his will to win, diving on the floor, making plays – he was exceptional tonight,” Brown said. “He really got after it physically.”

In Miami, Jimmy Butler had 20 points and 13 assists while Bam Adebayo added 18 points with 14 rebounds as the Heat downed Detroit 117-108.

Miami improved to 7-3 with the victory to continue their strong start to the season. – Rappler.com