GDLs future with UP in doubt after heartbreak exit vs UST 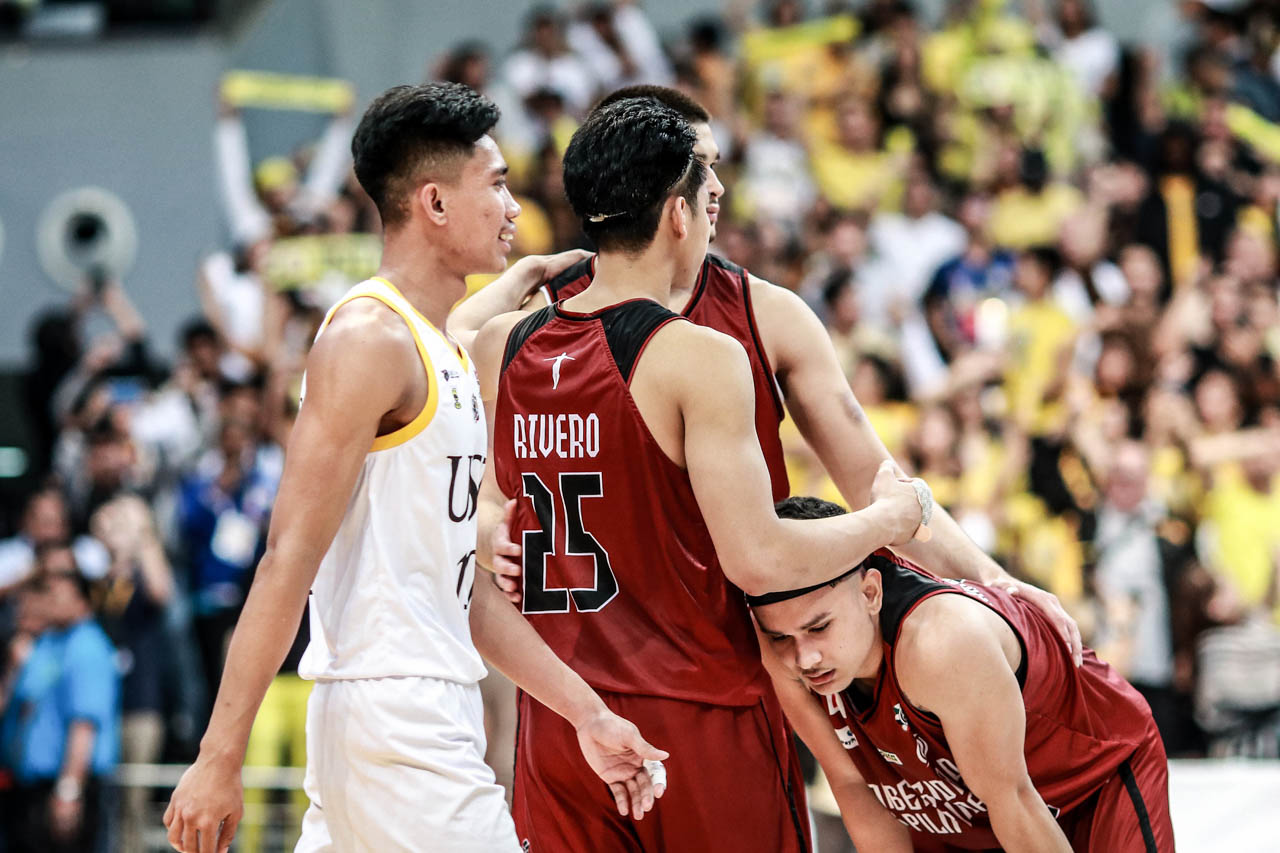 MANILA, Philippines – The Gomez de Liaño brothers are undoubtedly two of the brightest young stars the UP Fighting Maroons have to offer.

As proud products of the UP Integrated School juniors program, the two young guns have grown well throughout their years in the seniors ranks. Juan peaked as a UAAP Season 81 Mythical Five selection while Javi finished the current year as one of the most offensively-efficient players in the league.

However, UP fans may now face the reality that neither man will be around for a redemption campaign next year.

“It’s been a tough season not just for me but the whole team. Expectations were high and we fell short,” Juan said after UP bowed to UST in a stunning semifinal sweep. “We couldn’t prove the haters wrong, but I’m just thankful just to be part of this family.”

Nearly an hour after the Tigers set a UAAP finals date with the Ateneo Blue Eagles, Juan posted a cryptic tweet that had his fans anxious of what’s next. However, he refused to give specific details about it.

I’ll always cherish the past 7 years in my beloved Alma Mater. Definitely been the best ever. Maraming salamat, UP! It’s been real

“That’s nothing. Just thankful. Just thinking about the future,” he said.

Likewise, Javi is now also on the fence on whether or not he’ll stay for his final playing year in Season 83.

“I’m gonna take the next month to decide. I’m still thinking if I’m gonna join the PBA Draft. I’ll still have to ask guidance. That’s an option,” he said. “Another option is if I get a good offer in MPBL.”

“And of course, I can also play my final year in UP. That will always be an option.”

Regardless of what happens next for UP’s homegrown heroes, they’re both nothing but grateful for the years that passed while wearing the maroon and white.

“Through ups and downs, so much went on in the season. I’m just glad we stayed together all throughout. That bond meant a lot for my career,” Juan said. “I’d say this season, definitely, is one of the seasons where I really learned a lot and I got to know more about myself. I’m just thankful for the team.”

“I’m really proud of my team,” Javi added. “No one really knows what we went through in the offseason, but this has been like the best years of my life. No regrets.” – Rappler.com