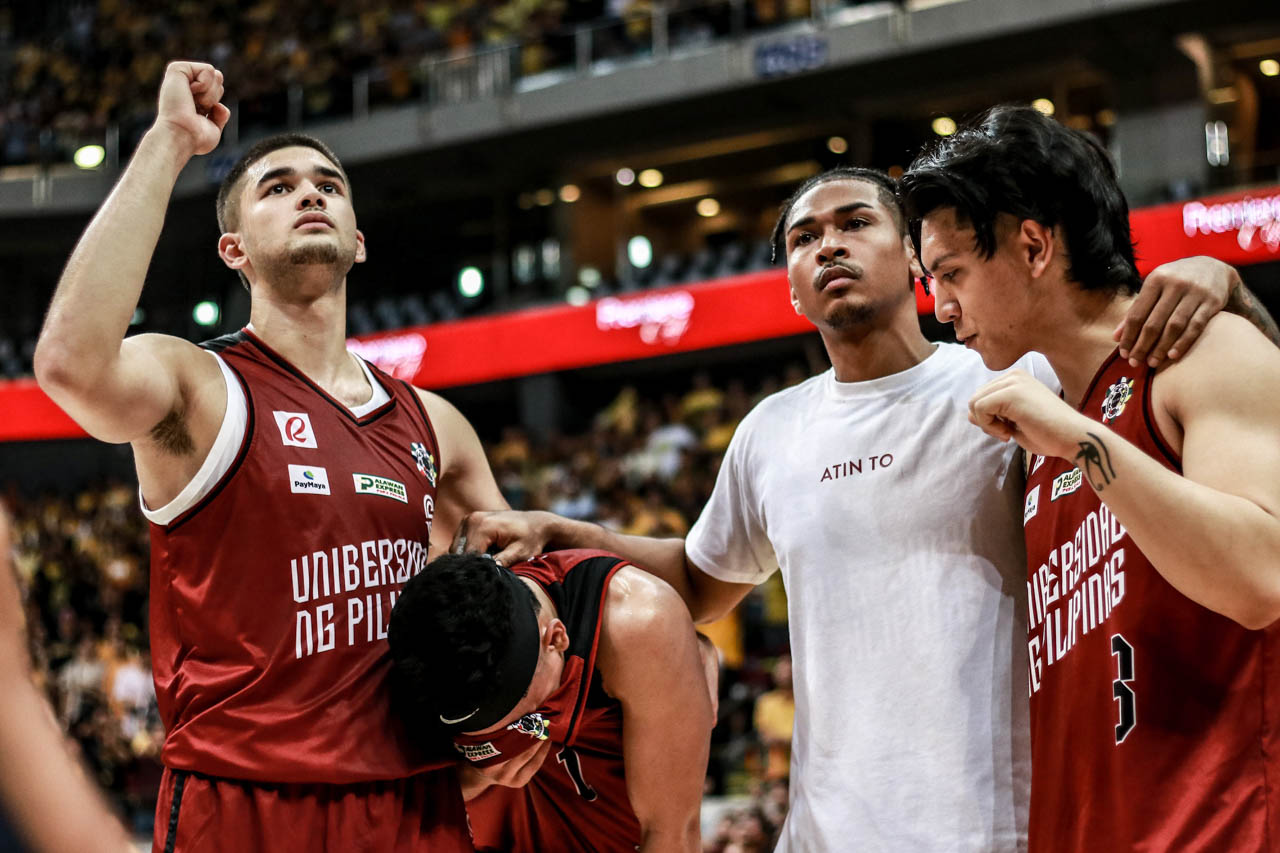 MANILA, Philippines – Kobe Paras entered the UAAP with the highest amount of hype attached to his name.

As the son of Philippine basketball legend Benjie Paras – the last man who powered the Fighting Maroons to the the championship in 1986 – the UP star faced high expectations, whether he liked it or not.

So when the young Paras’ impressive debut season came crashing at the hands of the UST Growling Tigers in the stepladder semifinals, it would have been easy for him to cave in to thoughts of not living up to the hype.

However, the 6-foot-6 star was anything but regretful as his year hastily wrapped up.

“I’ve learned to love myself and be more appreciative of what I have instead of wanting more things,” he said after the sorry loss.

“I think that’s a lesson for a lot of people in this world that you have to be grateful for what you have. You can’t be fishing for stuff you don’t have. You’ll never be complete.”

Clearly, this newfound relaxed mindset worked wonders for his game, as he finished with a Mythical Five award after averaging an all-around line of 17.4 points, 5.7 rebounds, 1.9 assists, 1.3 blocks and 1.2 steals.

Although the former US NCAA Division I recruit still has two playing years left in Katipunan, he’ll be setting aside basketball for now so he could recover both physically and mentally after a taxing, compressed season.

“This season is this season. I don’t know what’s gonna happen next season. Right now I just want to take a break and enjoy life,” he said. “I’m beat up, I’m injured. I just have to recover. This season is like the quickest season I ever had.”

Even though Paras was unable to help a star-studded roster complete a return trip to the finals, he is taking the losing campaign in stride.

“This is my fourth college. What I learned is to be grateful for what I have,” he continued.

“My plan A didn’t work, this is my plan B. But my plan B is still dreams for other people. So I’m just really grateful that I’m here. I’m grateful that I showed what I got. It’s a learning process.” – Rappler.com