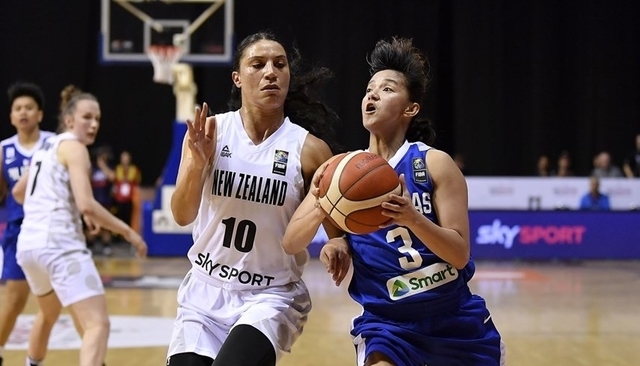 MANILA, Philippines – Gilas Pilipinas Women kicked off their bid in the FIBA Women’s Olympic Pre-Qualifying Tournament on the wrong foot with a 54-111 blowout loss to New Zealand on Thursday, November 14.

Playing before its compatriots at The Trusts Arena in Auckland, New Zealand jumped into a comfortable 60-28 lead at halftime and never looked back as its gained a share of the lead in Group A with Korea.

All 12 New Zealand players scored in the lopsided win led by Penina Davidson, who put up 16 points and 11 rebounds, Tessa Boagni, who also had 16 points, and Ashleigh Karaitiana, who added 13 points.

The Philippines was well within striking distance early, trailing 20-28 before New Zealand broke the game wide open behind a 32-8 run to close the first half.

New Zealand continued to assert its might in the final two quarters, outscoring the Philippines 28-7 in the last frame.

The Philippines still has two games to reach the Olympic Qualifying Tournament for the 2020 Tokyo Games, with the top two teams from Groups A and B advancing.

Currently tied with China at the bottom of Group A, Gilas Pilipinas Women must beat Korea in their match on Saturday, November 16, to bolster their chances of a top two finish. – Rappler.com