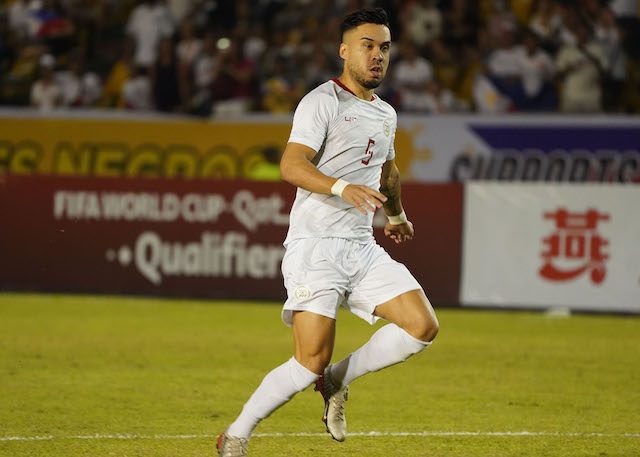 The Philippines wound up tied with China with 7 points, but still ranked 3rd place with a +1 goal difference.

After a scoreless first half, Iain Ramsay opened the floodgates in the 52nd minute with a shot towards the near post.

John Patrick Strauss doubled the lead in the 68th minute to complete the Azkals’ offensive buildup with a close-range shot.

However, Maldives’ Hassan Naiz pulled one back during added time (90+3′) that prevented the Azkals from blanking the host team.

In the first half, the Patrick Reichelt had a chance to draw first blood after a handball on Maldives was called inside the box. However, the former Ceres Negros FC striker’s penalty was saved by keeper Mohamed Faisal.

The Azkals will face Syria again on Tuesday, November 19 in Maktoum Bin Rashid Al Maktoum Stadium after the group leader opened its campaign with a 5-2 demolition over the Philippines. – Rappler.com