Tigers target bigger upset: ‘This is not our main goal’ 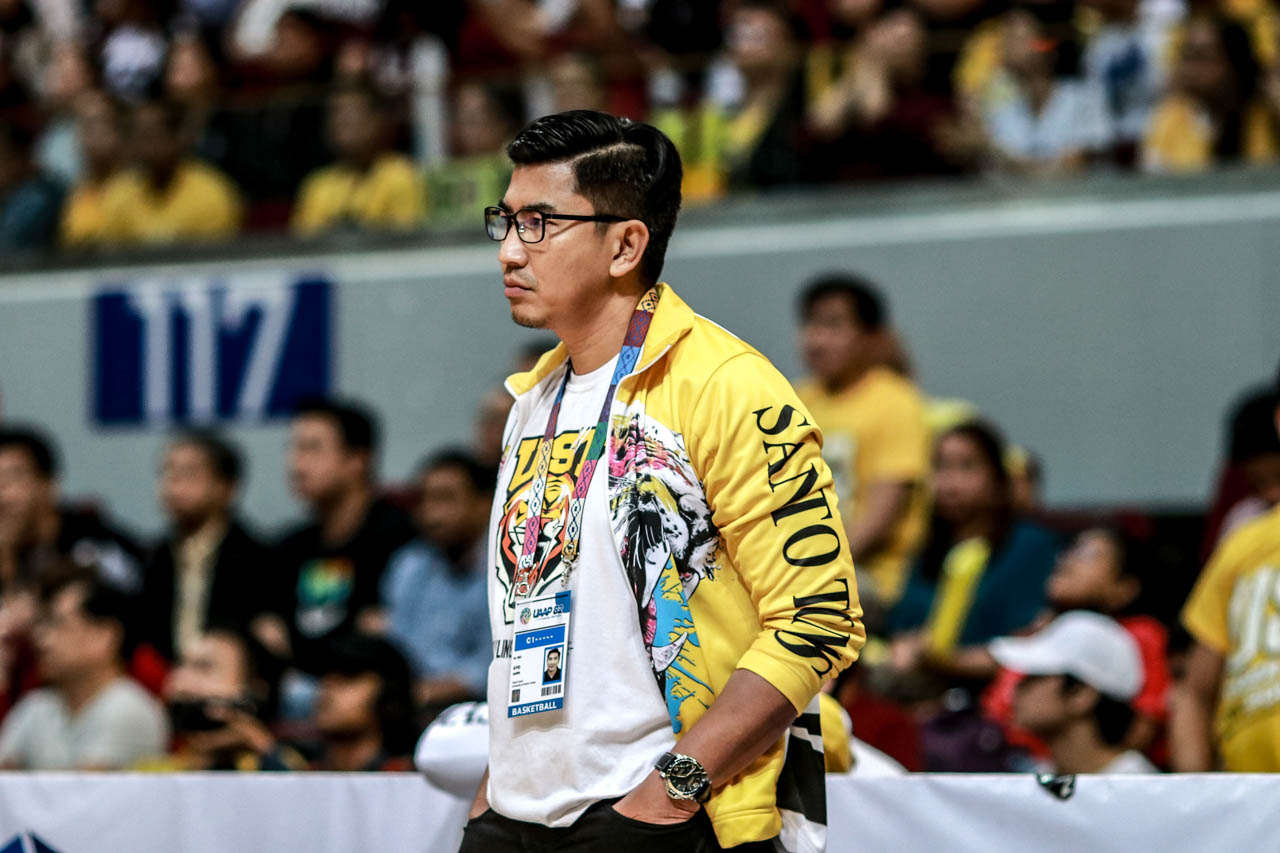 MANILA, Philippines – Leave it to Aldin Ayo to know how to act in the midst of the most pressure-packed situations.

Shortly after his UST Growling Tigers slayed the giant that is the UP Fighting Maroons in two straight games to reach the UAAP Season 82 men’s basketball finals, Ayo could be seen calling for calm just as his wards were understandably celebrating the momentous win.

“That’s why I told the players after the game, well, they were celebrating and I told Renzo [Subido to calm down]. Renzo was apologizing because nagce-celebrate, and I told him it’s okay, let it all out, we’re just human.”

After all, it was his graduating guard who delivered the dagger to the Maroons with a long three in the waning seconds of the do-or-die game last Wednesday, November 13.

If anyone had a license to scream his lungs out just for a while, it was him.

(I just saw their celebration, so I worried a bit because I don’t want to see them celebrating like they’re contented.)

“And some of the coaching staff were crying, even my wife was crying, but I told her, ‘Mommy, we haven’t achieved anything.’ So we have to refocus and prepare for our next game.”

And that next series of games just happened to be against the undefeated juggernaut that is the Ateneo Blue Eagles, who earned an outright finals berth after completing a rare 14-0 sweep of the eliminations.

Game 1 of the best-of-three title series is set on Saturday, November 16.

Ayo, who won titles with La Salle and Letran in his first two years as a collegiate coach, admitted they were too focused on UP to even think about Ateneo, but he hopes his passion and hard work will drive them to more upset wins.

“Of course we are grateful that we reached this far, but this is not our main goal,” he said.

“Talking about [my fourth] finals appearance, well, it’s all about passion, passion for the game. I have no problem with continuous work because I love what I’m doing… if you just put in the work, no matter what happens, there will be no regrets.” – Rappler.com