After painful exit, Manzo wants UP to keep winning mindset 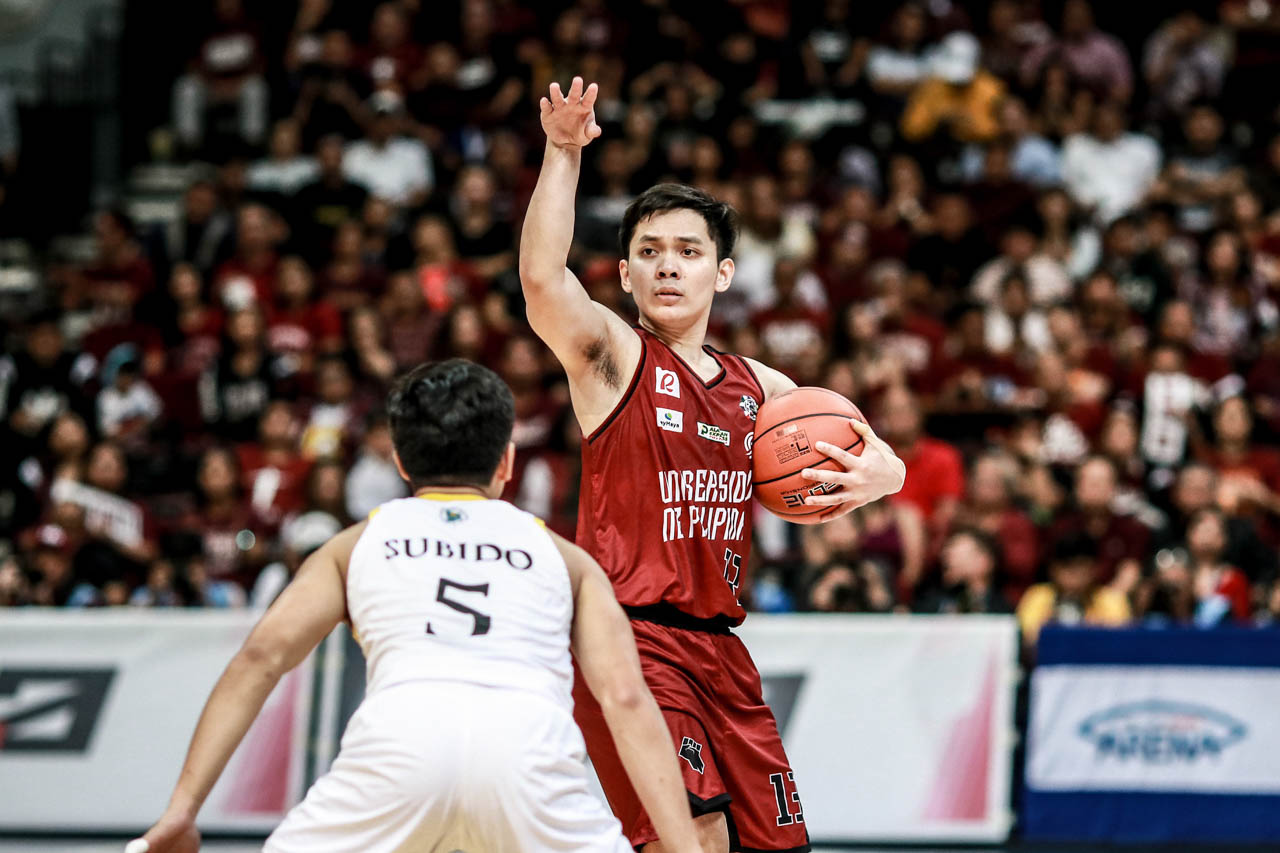 MANILA, Philippines – Top UP guard Jun Manzo ended up fouling out during the final game of his UAAP career.

Even more painful, Manzo capped his collegiate stint with the No. 2 Maroons absorbing a stunning loss to the fourth-ranked UST Tigers, 68-65, in the Season 82 men’s basketball stepladder semifinals.

Still, the Cebuano standout felt grateful to have been part of the Maroons’ transformation from a perpetual cellar-dweller to a Final Four contender

“Ituloy nila yung winning mindset,” said Manzo after the Maroons’ failed bid to return to the finals against the Ateneo Blue Eagles.

(They should continue to have that winning mindset. Even though we weren’t able to get a finals spot, I hope they continue pushing for the Final Four. I’m thanking UP that they accepted my transfer. We did everything we could. I don’t regret anything.)

Until the very end, Manzo performed his role as facilitator as he always made sure to adjust and prioritize his teammates for the sake of winning.

In the final play that he figured, the graduating guard fouled out as he tried to stop the clock to help out ailing big man Bright Akhuetie.

The short break helped the former MVP catch his breath and stay in the cardiac do-or-die game with less than 3 minutes left.

Although Manzo did not realize that he was one foul away from disqualification, he admitted he would have still done the same to help out Akhuetie.

The Maroons eventually lost their shot at a finals return as UST star Renzo Subido buried the cold-blooded trey in the waning seconds of the contest.

(I’d still do it because Bright is family. I wouldn’t let anything happen to him. I’d still foul no matter what. I thought I just had 3 fouls, so I fouled because I saw Bright lying down on the court. I didn’t expect I had fouled out. I sort of regretted it because there were two minutes left, but I trust them. We just fell short.)

It was a situation that practically epitomized Manzo’s UP stint. Whether he was playing with Paul Desiderio or Kobe Paras, he  always made sure to put the team top of mind.

And it’s that kind of mentality that Manzo wants to stay with the program as he bids the team farewell and move on to the next level. – Rappler.com