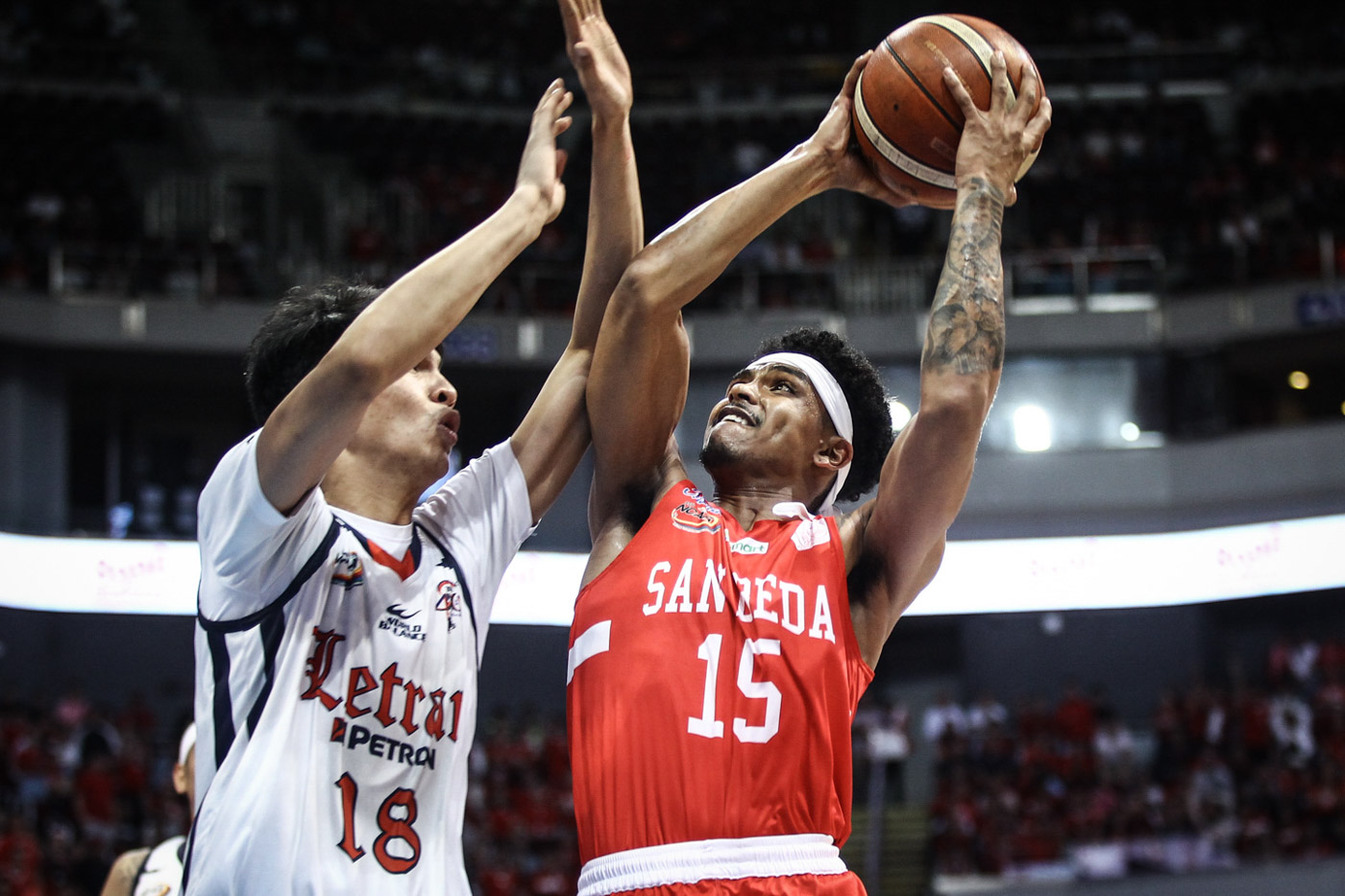 MANILA, Philippines – After completing an elimination sweep, San Beda made sure it won’t get swept.

Calvin Oftana buried the go-ahead basket and James Canlas came up with big plays as the Red Lions slipped past the Letran Knights, 79-76, to force a winner-take-all for the NCAA Season 95 men’s basketball championship at the Mall of Asia Arena on Friday, November 15.

Just when the Knights looked all set to pull off a shocking series sweep, the Lions roared back as Oftana kept his MVP poise and drained the go-ahead and-one, 77-76, with 19.1 ticks left.

Canlas also unleashed 21 points, including the buffer free throws in the dwindlings seconds to seal the win that kept the Red Lions’ bid for a fourth straight crown alive. He also finished with 7 rebounds, 6 assists, and 2 steals

The Knights – who escaped San Beda by the slimmest of margins, 65-64, and dealt the Lions’ first loss of the season in Game 1 – still had a chance to wrest the lead after Oftana’s clutch shot, but Bonbon Batiller missed inside with 5.1 seconds left.

Both sides traded cardiac buckets as Canlas tied it up, 66-all with 6:18 left in game.

Unfazed, Letran bounced right back with an 8-0 run of their own, ending with a pair of Larry Muyang free throws in the last 1:29 for a 74-72 Letran edge.

But Oftana responded with a three-point play and Canlas nailed the game shut with cushion free throws for the thrilling triumph that forced a deciding Game 3 at 4 pm on Tuesday, November 19.

Most Improved Player Fran Yu went absolutely bonkers in the 3rd quarter as he closed out the frame with an 8-2 run off two heat-check triples and a buzzer-beating mid-range bank shot that put Letran up, 56-53.

Early on, the Knights kept fighting, willing their way back into the game as they took a 44-41 lead off a Muyang and-one at the 4:42 mark of the 3rd following a sluggish first half where Letran trailed by 12 at the break, 25-37, and fell to 0-15 right in the opening minutes.