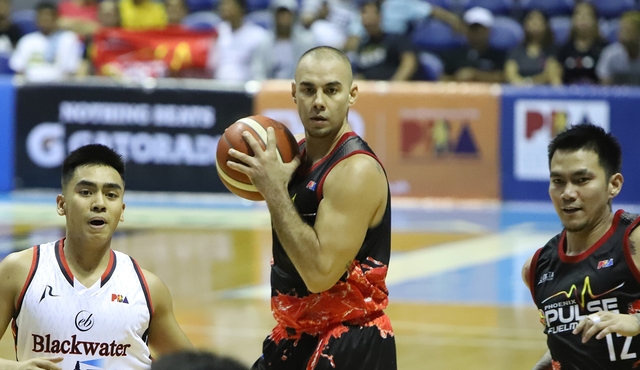 MANILA, Philippines – At 36 years old, Doug Kramer still has enough gas stored in his basketball tank, but he is not a player who will walk away from the game only when there is completely nothing left.

“I’m very healthy, I’m very strong. Physically, I can still take the banging,” Kramer told reporters as he explained his decision to hang up his spurs.

“But it seemed like it has become a notion for almost every basketball player that, ‘Will you wait until something’s really painful until you give up? Until you’re always taking painkillers?’ I’m not like that.”

The former Ateneo Blue Eagle, nabbed fifth overall by Air21 in 2005 and suited up for 8 teams, admitted he had his retirement planned since last season.

“It wasn’t a spontaneous thing. I planned this for the past year and my plans were solidified in the past few months.”

Among the most memorable moments for Kramer was getting drafted, winning the 2015 Philippine Cup title with San Miguel, and most especially, playing a key role for Powerade during its Cinderella run in the 2012 Philippine Cup.

“A lot of fans were telling me that they remember the Cinderella team a lot. And you know, those were my best numbers. I was averaging a double-double that year. So that’s what I remember the most,” Kramer said.

The Fuel Masters gave Kramer a fitting end to his career, storming back from a 14-point deficit and pulling off the victory in the extra period behind a Matthew Wright game-winning three-pointer.

Kramer was serviceable in his swan song, putting up 10 rebounds, 3 points, and 1 assist in almost 20 minutes of action.

“I’m happy I got 10 boards. The win was the most important,” Kramer said.

“Matthew hit really big shots and he told me prior to that ‘I’m going to hit big shots for you, Doug.’ I’m happy for him. He’s one-of-a-kind talent. Phoenix is in good hands.”

“I’m still very young. I’m 36. I still want to do so much. I have plans with my family. I will announce on my social media soon what I’m planning with my family. It’s going to be a nice retirement.” – Rappler.com