Nov 16, 2019 12:30 AM PHT
Delfin Dioquino
Facebook Twitter Copy URL
Copied
Tim Cone spends almost 4 hours on the road and fails to give a pregame talk to Barangay Ginebra for the first time in his coaching career 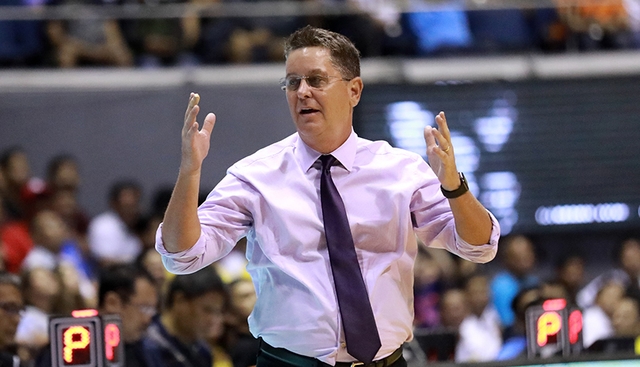 MANILA, Philippines – Tim Cone rued the heavy traffic as he failed to give a pregame talk for the first time in his decades-long PBA coaching career.

The winningest PBA mentor came in late for Barangay Ginebra in its Governors’ Cup duel against Columbian on Friday, November 15, after spending almost 4 hours on the road from his home in Alabang.

Cone did his part by leaving home at 3:15 pm – more than enough time to reach the Araneta Coliseum in Quezon City and prepare his players before they took the court against the Dyip at 7 pm.

It was Friday, though, and it coincided with payday, meaning employees from all over the metro either went home to their respective provinces to spend the weekend or headed to malls to shop and eat.

Fortunately, Phoenix forged overtime against Blackwater in the first game and eked out a 120-117 win, giving Cone an extra 20 minutes as he barely made it on time.

“Usually it takes me an hour, an hour and 40 minutes to get here even on a bad day. But today, really terrible,” Cone said.

“I’m embarrassed to say that I didn’t get to the game until right at the buzzer-beater of the first game.”

Everything ended well for Cone and the Gin Kings, though, as they cruised to a 113-90 romp that clinched them the twice-to-beat quarterfinal bonus.

His tardiness, however, comes at a price, a savory one.

“I have to buy pizza and cheese sticks. It’s a big fine. I got to buy for the whole team,” Cone said.

Barangay Ginebra will look to end the elimination round on a high note when it faces NorthPort at the same venue on Sunday, November 17. – Rappler.com