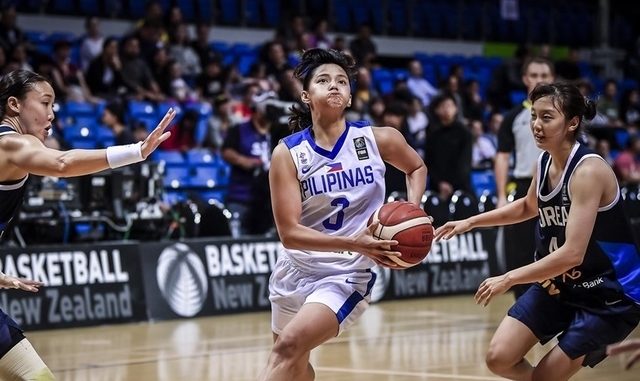 Fresh from a 57-point beating from host New Zealand, the Philippines suffered the same fate at The Trusts Arena in Auckland as it remained winless in two games and crashed to 4th and last place in Group A.

With the loss, the Philippines saw its chances of reaching the Olympic Qualifying Tournament for the 2020 Tokyo Games dashed, with only the top two teams from Groups A and B advancing.

Afril Bernardino led the attack for Gilas Pilipinas Women with 19 points, 8 rebounds, and 2 steals, but that hardly fazed South Korea, which ended the maiden quarter up 34-12 on the way to its second straight win.

Brimming with confidence from its win over powerhouse China two days ago, South Korea toyed with the Philippines, unloading a ferocious 22-0 run in the opening period as it seized the No. 1 spot in Group A.

Janine Pontejos had 17 points for the Philippines, while Gemma Miranda delivered 9 points and 4 rebounds in the loss.

Nine players finished in double figures for South Korea, led by Kang Lee-seul and Shin Jihyun, who put up 16 and 15 points, respectively, in the win that saw their side bury a whopping 21 three-pointers.

Gilas Pilipinas Women seek to salvage a win before heading home when they face China on Sunday, November 17, at the same venue. – Rappler.com