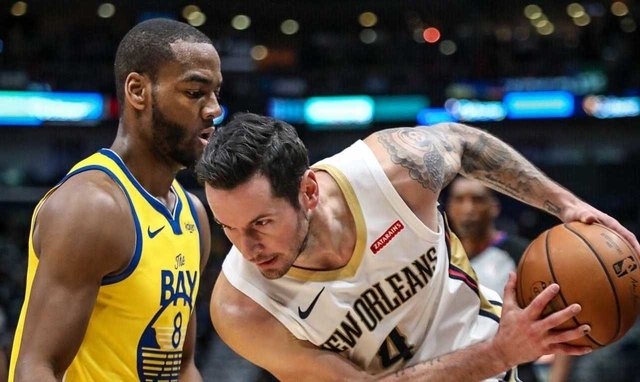 JJ Redick scorched hot from deep with 6 three-pointers to finish with a team-high 26 points, as the Pelicans toppled the Warriors in a battle of the bottom two teams in the Western Conference.

It was a balanced scoring attack for the Pelicans, who improved to 4-9, with 5 other players scoring in double figures as Jrue Holiday backstopped Redick with 22 points, 9 assists, and 8 rebounds.

Nickeil Alexander-Walker had 19 points, 5 rebounds, and 4 assists, while Nicolo Melli chalked up 16 points and 5 rebounds  – both off the bench – in the win.

Jaxson Hayes had a double-double of 10 points and 10 rebounds in his first career start for the Pelicans, while Etwaun Moore had 10 points and 7 rebounds.

The loss magnified how the Warriors are struggling without injured stars Steph Curry (broken left hand), Klay Thompson (torn left ACL), and D’Angelo Russell (sprained right thumb) as they dropped to a league-worst 2-12.

Eric Paschall paced the Warriors with 30 points and 7 rebounds. – Rappler.com