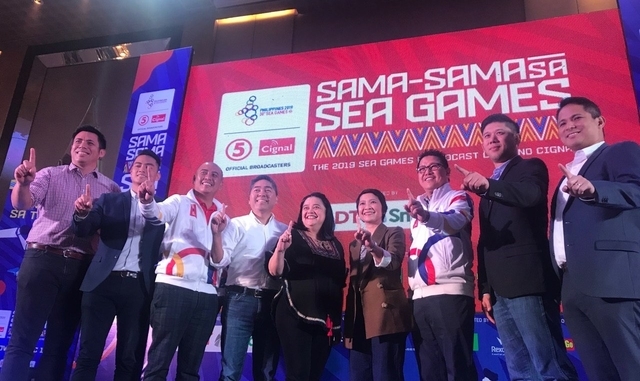 With this year’s biennial multi-sport event being the largest in history – bannering a total of 56 sporting events – 5 and Cignal are gearing towards giving the spotlight to as many sports as possible.

“Our hope is to bring together Filipinos locally and abroad to rally behind our athletes as they experience the games live and through our varied platforms,” Cignal TV and TV5 president and CEO Jane Basas said.

To reach the targeted audience of 500 million, Basas unveiled there will be 3 channels centered on covering the SEA Games.

The SEA Games channel will deliver round-the-clock coverage on international sports as this will also be the channel syndicated overseas. Team Pilipinas and SEA Games News channels will highlight the best moments of Filipino athletes and provide access to daily medal tally, news, and updates.

Basketball, boxing, billiards, badminton, taekwondo, karate-do, wushu, and esports are some of the sports that will be featured in free-to-air 5 and 5Plus.

Basas said that some of the games will be broadcasted through digital platforms such as ESPN5.com, the Cignal Play app, plus 3 dedicated Youtube channels.

Esports is also one of the highlights of the coverage, according to the official broadcasters, as viewers will be able to stream majority of the games online.

“TV5 is allocating a huge portion of airtime for the SEA Games. We want to reach as many Filipinos as we can locally and abroad,” Basas said. – Rappler.com