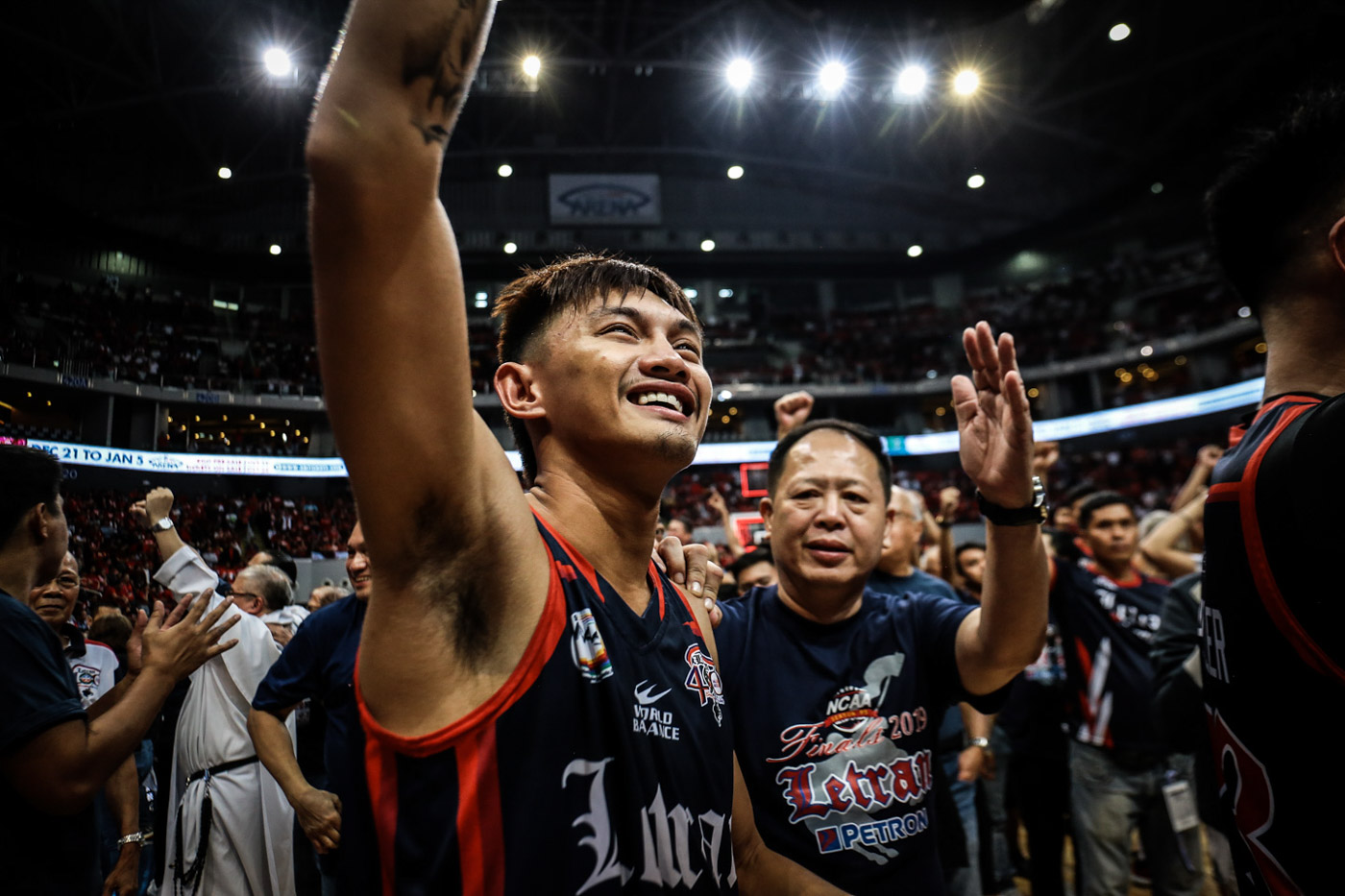 Proving that his heart is bigger than his height would allow, the 21-year-old went completely nuts in a three-game championship series for the ages as his Knights dethroned their archrival San Beda Red Lions in men’s basketball action on Tuesday, November 19 to win their second title in 5 years. (READ: Letran ends San Beda reign, captures NCAA crown)

After averaging 8.7 points, 4.4 assists and 3.6 rebounds in the elimination round, Yu erupted for norms of 13.7 markers, 6 dimes, 3.3 boards and 2 steals en route to bagging the Finals MVP.

However, there was a time when the season’s Most Improved Player was nothing but judgment fodder for online bashers.

Three years ago, when Yu was still a part of the UAAP’s UE Red Warriors, a netizen commented that the former Palarong Pambansa MVP looked like a kanto guy (bum), with a friend chiming in that he looked like a driver taking a break.

Apparently, after all these years, Yu still took that personally.

(I used that post as motivation. I couldn’t sleep back then. I wasn’t doing anything to them and yet they’d do that to me, I just wanted to prove that looks don’t mean anything if you’re playing basketball.)

Since getting his confidence shattered, however, Yu has grown to be a clutch-shooting, all-hustle crowd darling that saved the Knights more times than they care to count. (READ: Back on top: Twitter revels in Letran Knights’ magical run)

Of course, the coaching staff that nurtured him in Intramuros had a lot to do with his steady growth, and Yu is nothing but thankful for the opportunity given to him.

(I’m thankful because I was still given a chance by coach Bonnie. I’m just giving back the trust the coaches are giving me.)

Now that Yu has two individual awards and one championship under his belt, he took the time to reintroduce himself to the world and to everyone who judged him from the get-go.

(Hi. I’m Fran Yu, and we are champions. It feels better to deal with the bashing  because here we are reaping the rewards as champions.) – Rappler.com