Nov 22, 2019 7:50 PM PHT
JR Isaga
Facebook Twitter Copy URL
Copied
Basking in the glory of their season sweep, the Ateneo seniors make sure to give props to their little brother SJ Belangel for dousing the Tigers' fire 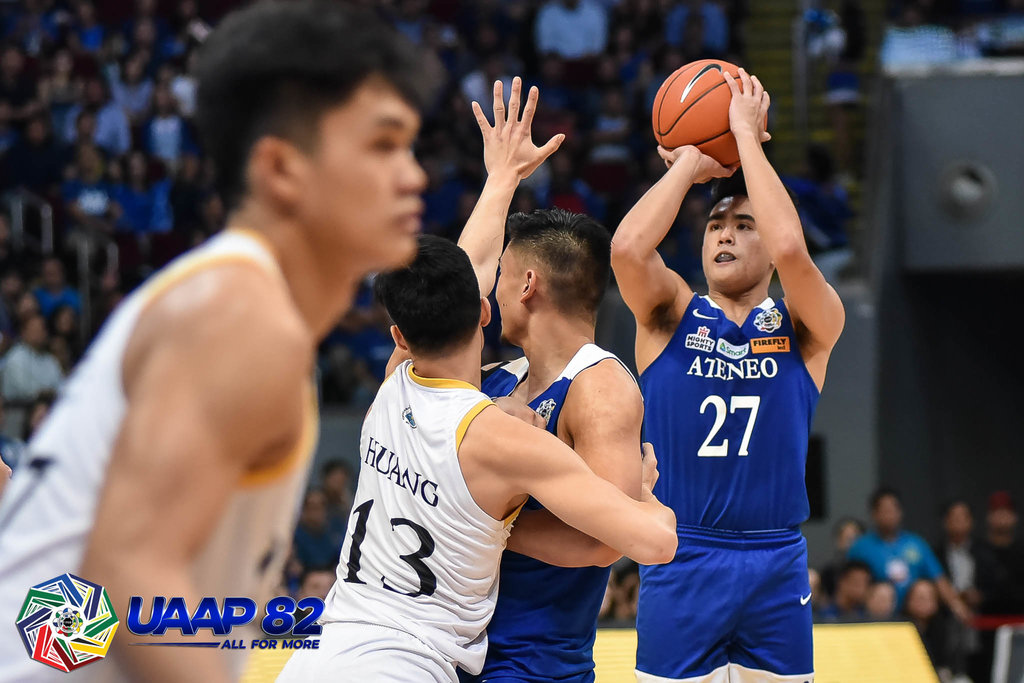 MANILA, Philippines – As the Ateneo Blue Eagles bask in the glory of their unprecedented 16-0 season sweep and championship three-peat in UAAP Season 82 men’s basketball, the talk of the town has all been directed towards the seniors that made this dream a reality.

The basketball community has given due props to three-time Finals MVP Thirdy Ravena, Isaac Go, Adrian Wong and the Nieto twins Matt and Mike amid their exit, and rightfully so.

But even in their finest hour, that same seniors core made sure to direct attention to their little brother, SJ Belangel, who kept them ahead multiple times in the title-clinching Finals Game 2 and repeatedly doused the Tigers’ fire when they got hot.

“Siguro mindset ko lang is for my seniors yun lang talaga, last game na,” he said after firing a career-high 15 points all off triples in the win.

“I won’t let kuya Matt down sa mga sinasabi niya sa akin. Nire-remind niya ako lagi, galing off the bench, na keep the energy so ayun mindset ko lang this is for my seniors. Luckily, I hit my shots.”

(My mindset was it’s for the seniors, it’s their last game. I won’t let Matt down after everything he told me. He just reminded me to keep the energy off the bench and I did that for my seniors. Luckily, I hit my shots. Thirdy joked that I was a fireman. I just needed the baskets because a point guard is always relied on. I got that confidence and heart from Matt.)

Indeed, if there was a UAAP sixth man award, Belangel would be a serious candidate to win it after averaging 6.4 points in just under 12 minutes a game during their perfect elimination round run.

And his 5-of-10 clip from downtown in the title-clinching Game 2 was no fluke either for the former Ateneo juniors Mythical Team selection as he shot 40% from deep this year, good for second in the league.

Now that his kuya Matt is set to move on to the next level after this year, he’s ready to step up to fill the hole he left behind and put his learnings to the test.

“Just apply leadership and how to handle certain stuff especially during practices,” he said. “That’s what I learned, just leadership.”

But ever the humble young star, Belangel is more than content to still share that role for the upcoming four-peat bid in Season 83.

(For me, I just have to be ready because it’s not just me. Ty is also there, never forget Ty. I can do what I do today because of him and Matt. In practices we push one another hard so that we know what we can do in-game. Ty and I are the next men up, not just me.) – Rappler.com