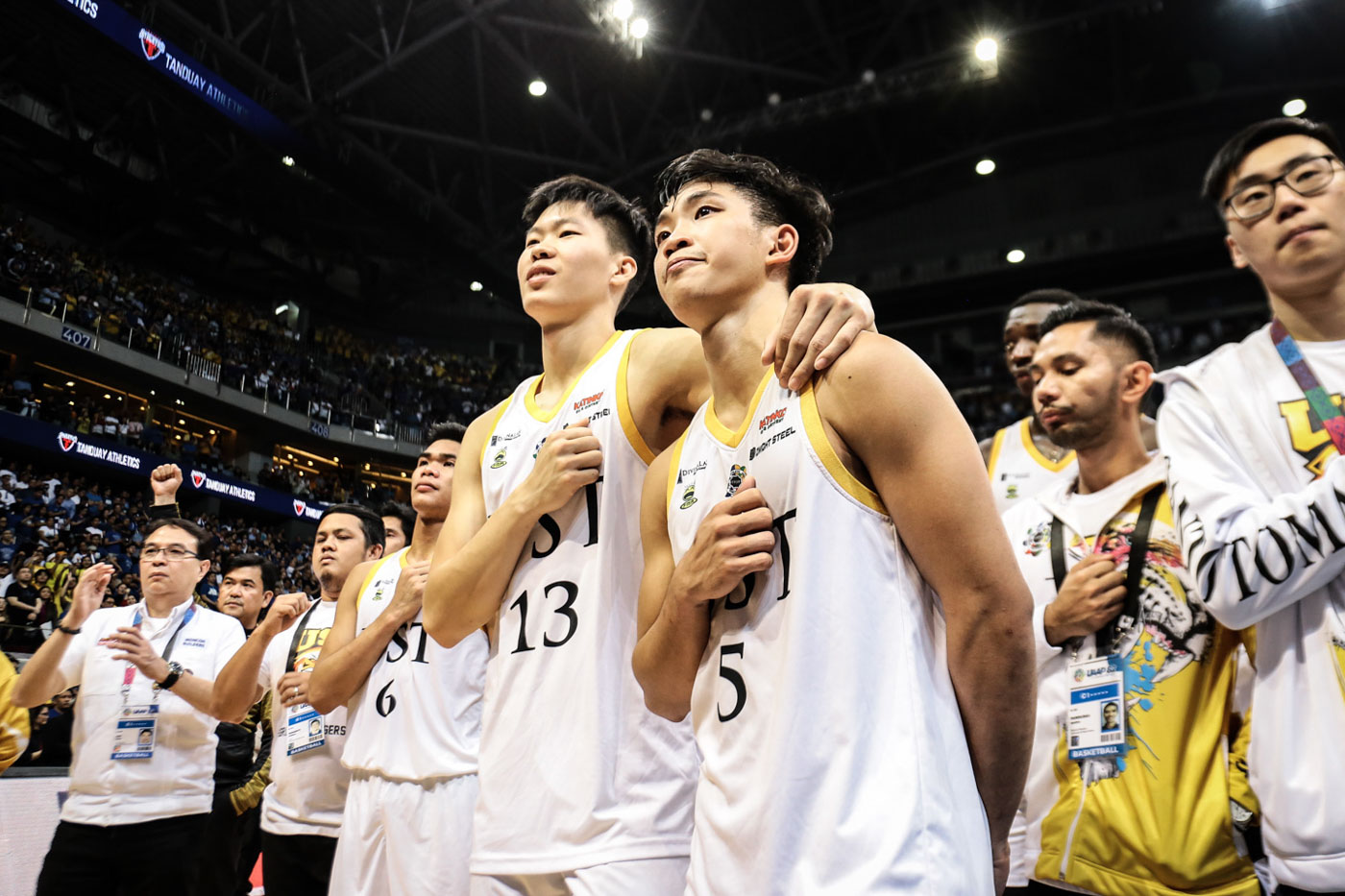 MANILA, Philippines – Renzo Subido may not have given the UST Growling Tigers a championship, but he still leaves España a hero in his own right.

After the Ateneo Blue Eagles cemented their new dynasty with a UAAP title three-peat and a perfect 16-0 season sweep at the Tigers’ expense, the graduating guard quietly left the Mall of Asia Arena with his head held high and feeling confident about UST’s future.

“All I can say with this team, especially Mark [Nonoy], they’re just gonna keep getting better,” he said after the Tigers bowed out of the Finals with an 0-2 sweep.

True enough, the multi-titled Ayo stated he’ll be around for quite a time. (READ: Ayo won’t leave UST unless UST leaves him)

As for Subido, he exits the UAAP still a one-time finalist, coming full circle after missing the 2015 finals due to an ACL tear.

The 5-foot-9 guard clearly stood the tallest in the clutch in his final season, lifting UST to a handful of key wins.

None, however, were more important than their sweep of the twice-to-beat UP Fighting Maroons in the second round of the stepladder semifinals. (READ: Subido turns dreams to reality as clutch shot lifts UST to finals)

“This season wasn’t really easy. We won games that we’ve earned, wasn’t given to us on a silver platter,” he said.

“We really have to work for every win and I’m just really grateful and blessed to work for coach Aldin, with my teammates. I have so much, so much respect for them and the Thomasian community.”

Subido went through both the highs and lows of the Tigers program in his tenure, and he’s just glad that he had a big part in its most recent turnaround before moving on to the next level.

“It wasn’t easy, but I’m really glad because whatever we’ve achieved this season, it’s all because of our coaches, our managers who believed in us, never doubted us,” he said.

“Through hard work, we were able to achieve a lot of things this season and we’re really blessed and grateful for all of those stuff.”

“I’ll always be a proud Thomasian. I have so much love for them. Thank you for always supporting us.” – Rappler.com