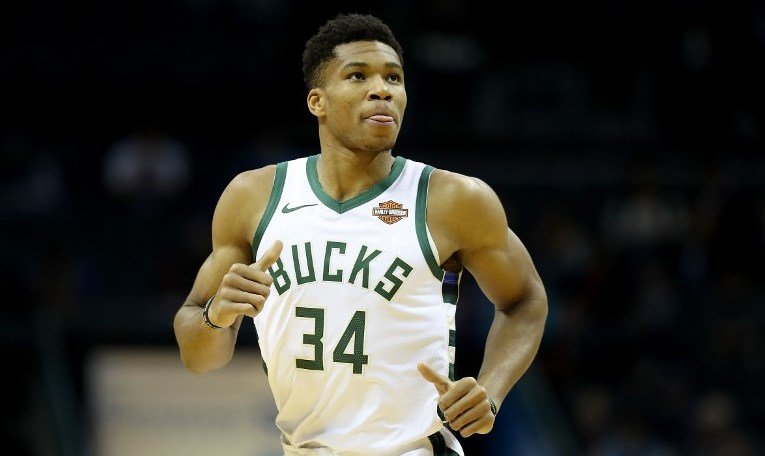 Antetokounmpo added 24 points and 19 rebounds and Eric Bledsoe fired 30 points as the Bucks never trailed on the way to a sixth straight win.

The characteristically confident performance from Antetokounmpo wasn’t lost on Portland’s Carmelo Anthony, the 10-time All-Star playing his second game for the Trail Blazers since returning from a year-long absence from the league.

“I thought tonight we actually did a pretty good job,” he added. “Even though he had a triple-double, when you look at that, it’s like ‘Oh, he had a hell of a game.’ But I thought, for the most part, we were back on him. We loaded up on him. He found some guys, they made some threes, kind of opened the game up.”

The Bucks made their first 7 shots – including 3 three-pointers.

After the Trail Blazers responded with a 12-2 run, Milwaukee relentlessly pulled away, stretching their lead to 72-58 at halftime.

“I couldn’t get going offensively,” Antetokounmpo said. “Shots weren’t falling and they were showing a lot of crowds.

“I tried to find my teammates and they were in the right spots. They were able to knock down shots, drive the ball hard to roll hard.

“That’s why I was able to get 15 assists. I just did half of the work and my teammates did the rest.”

Portland, whose star guard Damian Lillard was sidelined by back spasms, were also without Zach Collins, Hassan Whiteside.

He was one of 6 Blazers players to score in double figures with Kent Bazemore adding 22 off the bench and Anthony, in his second game with Portland after a year-long absence from the league, contributing 18.

After scoring 10 points on a 4-of-14 shooting against the New Orleans Pelicans on Tuesday, Anthony connected on 6-of-15 from the field, draining 3 three-pointers.

Anthony said he felt “more relaxed” in his second game with Portland, and he thought it was “definitely a better game” overall from the Blazers.

“We played much better as a unit,” he said.

Lining up against Anthony offered a sense of “deja vu” said Antetokounmpo, whose first career start in the NBA came in a game against Anthony’s New York Knicks in December of 2013.

“I remember that game,” Antetokounmpo said. “It’s my seventh year now, so time flies. I’m excited I can go against him.”

Anthony also recalled that game, and a young Antetokounmpo still finding his way in the NBA.

“I just remember him being out there and trying to figure out what his role was going to be,” Anthony said. “He’s here to stay now.” – Rappler.com