Nov 23, 2019 3:05 PM PHT
Rappler.com
Facebook Twitter Copy URL
Copied
Lou Williams scores all of his 26 points in the second half as the Clippers win their fourth straight game 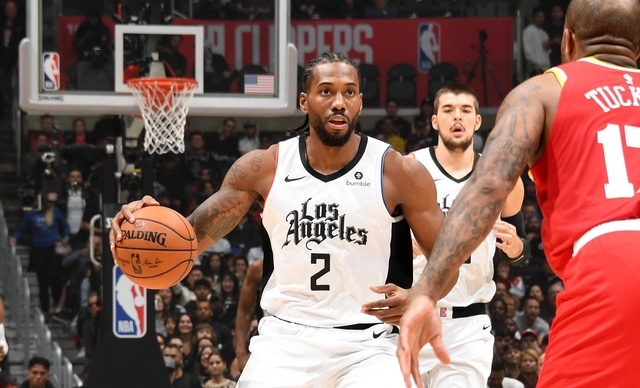 Kawhi Leonard fired 24 points, 6 rebounds, and 3 steals, while Lou Williams scored all of his 26 points in the second half as the Clippers improved to 11-5 to tie the Rockets for No. 3 in the Western Conference.

Williams, who also had 8 assists off the bench, drained a clutch triple with 30 seconds left to give the Clippers a 118-117 lead before Leonard and Paul George scored the last 4 points for the win.

George had 19 points, 8 rebounds, 7 assists, and 2 steals, while Montrezl Harrell chipped in 18 points, 7 rebounds, and 2 blocks to help the Clippers deal the Rockets their second straight loss.

Former MVP James Harden was his usual self with 37 points, 12 assists, and 8 rebounds, but the Rockets allowing the Clippers to go on a 42-point fourth-quarter outburst did not help their cause.

Clint Capela put up 17 points, 19 rebounds, and 2 blocks; while Russell Westbrook had 22 points, 6 assists, and 5 rebounds for the Rockets, who have suddenly gone on a slump after winning 8 straight games. – Rappler.com