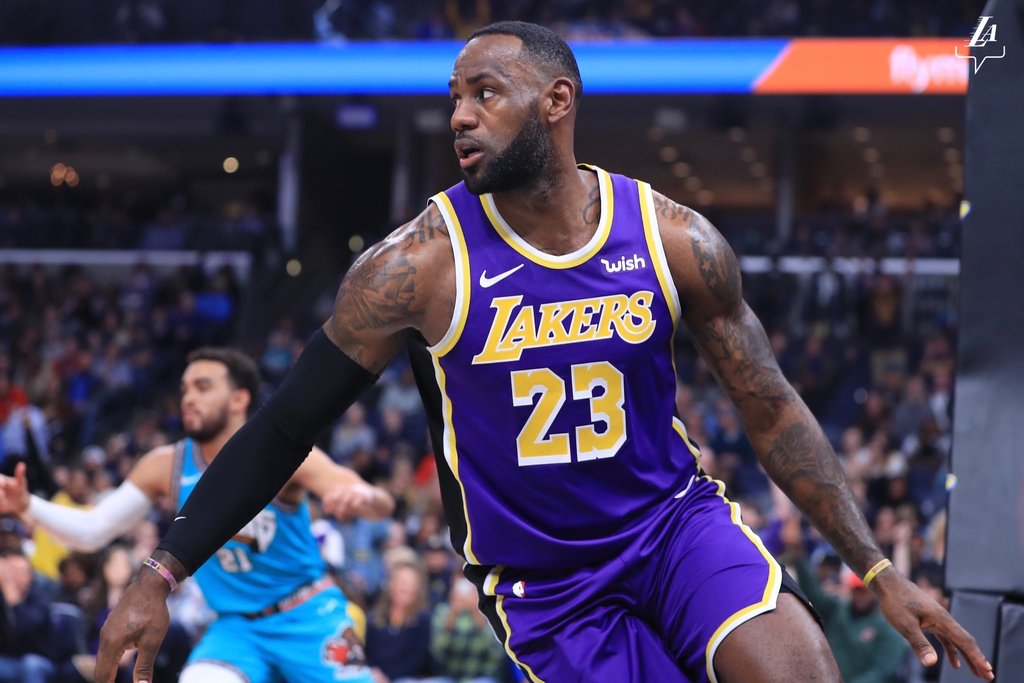 LOS ANGELES, USA – LeBron James and the Los Angeles Lakers stretched their NBA winning streak to 7 games with a gritty 109-108 victory over the Grizzlies in Memphis on Saturday, November 2.

James scored 30 points and pulled down 6 rebounds and Anthony Davis added 22 points and blocked 5 shots as the Lakers rallied late to snatch the win.

Memphis, down by one with 1.3 seconds remaining, had a final chance, but they came up empty when Jaren Jackson fell trying to grab an inbounds pass.

“We just got timely stops and made timely shots,” James said. “After they scored a lot of points in the first half we held them to 45 in the second half.”

Coming into the game off a 130-127 victory over the Thunder in Oklahoma City on Friday, James knew the Lakers might be feeling the effects of the back-to-back on the road.

“They had 10 threes at the half, they were beating us in all aspects – free throw attempts, fastbreak points, everything,” he said. “We just kept our composure.

“After the way they started out, pretty good win for us.”

It was also close in Charlotte, where Zach LaVine’s career-high 49 points included a game-winning three-pointer off a steal by teammate Coby White, that gave the Chicago Bulls a 116-115 victory over the Hornets.

He became just the third player in NBA history to make 13 or more threes in a game, after Golden State Warriors stars Stephen Curry and Klay Thompson.

Terry Rozier led the Hornets, who surrendered a five-point lead in the final eight seconds.

The San Antonio Spurs ended their eight-game losing streak in emphatic style, leading by as many as 28 in a 111-104 victory over Eastern Conference stragglers the Knicks in New York.

LaMarcus Aldridge scored 23 points for the Spurs, who never trailed.

DeMar DeRozan added 21 points and 9 rebounds for San Antonio, whose eight-game skid was their longest since the 1996-1997 season when current coach Gregg Popovich was general manager and Bob Hill was head coach.

Popovich, who has guided the Spurs to 5 titles since taking over as coach, had voiced confidence in his players despite their struggles before the game.

“Whether you’re winning or losing, the reasons remain the same why you win and why you lose. So you just keep working every day to try to get everything going in the same direction,” he said.

Marcus Morris led the Knicks with 20 points. His four-point play with 3:57 left in the 3rd trimmed the deficit to 105-96, and RJ Barret followed with a basket that pulled the Knicks within 7 points – as close as they would get.

Jimmy Butler, whose arrival in Miami in an off-season sign and trade deal has sparked the Heat to a strong start, endured a dismal return to Philadelphia, where the 76ers led by as many as 41 points in a 113-86 thrashing of the Heat.

Butler, booed by the Philly crowd, scored just 11 points on a 4-of-13 shooting.

Meanwhile Josh Richardson, transplanted this season from Miami to Philadelphia, led the Sixers with a season-high 32 points, draining six of seven three-point attempts.