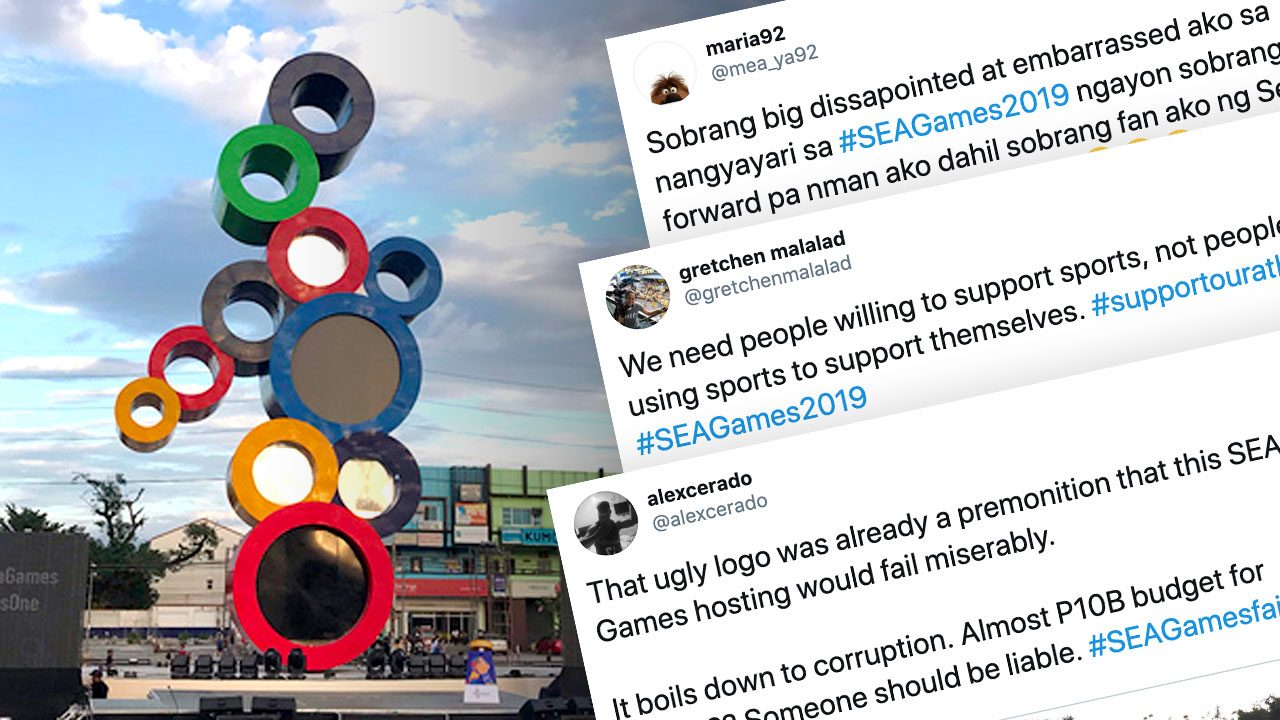 MANILA, Philippines – Instead of becoming a source of pride, the Philippines’ hosting of the 30th Southeast Asian (SEA) Games thus far has become a source of humiliation – a national facepalm moment.

Timor Leste waited for almost 3 hours at the airport before its football team got picked up, only to be shuttled at the “wrong hotel.” #SeaGames2019

Even our own Philippine athletes were not spared from the accommodation nightmare.

There's no sparing even the Philippine athletes.

The country's own women's football squad suffered the same problems that troubled visiting teams from rival countries in the run-up for the #SEAGames2019.

Many users are calling out the alleged corruption behind the event’s preparations.

We need to hold people accountable for this scam. Starting with Alan Peter Cayetano down to every single person who is a party in this money-making scheme.

One Twitter user even redesigned the tarpaulin welcoming the athletes and delegates at the airport.

Another one shared her thoughts on the SEA Games 2019 mobile app.

A wise philosopher once said, "it's the money that counts." #SEAGames2019 pic.twitter.com/TB9rRSxxpE

The Philippine Southeast Asian Games Organizing Committee has since apologized for the logistical mess, saying that organizers must “be more diligent.” (READ: SEA Games organizers sorry for inconvenience, confusion)

Presidential Spokesperson Salvador Panelo also denied that the firing of Vice President Leni Robredo as co-chairperson of the Inter-Agency Committee on Anti-Illegal Drugs was a diversion from the issues surrounding the Philippines’ hosting of the SEA Games. (READ: Panelo denies Robredo firing an attempt to distract from SEA Games mess)

Here are more reactions from social media users on the logistics for SEA Games 2019:

Meanwhile, some social media users are drumming up support for our athletes and their events, and also inviting everyone to extend help through the SEA Games volunteer page.

We need people willing to support sports, not people using sports to support themselves. #supportourathletes #SEAGames2019

Para maiba naman… Sige. Try natin. Message the SEA Games volunteer page and offer to help! It might not be too late to extend a helping hand. Tara. Solutions guys

What are your thoughts on the Philippines’ hosting of the 30th SEA Games so far? Let us know in the comments. – Rappler.com