Nov 25, 2019 11:05 PM PHT
Randy V. Datu
Facebook Twitter Copy URL
Copied
A total of eight venues were prepared for the 17 games to be held at the Subic Bay Freeport 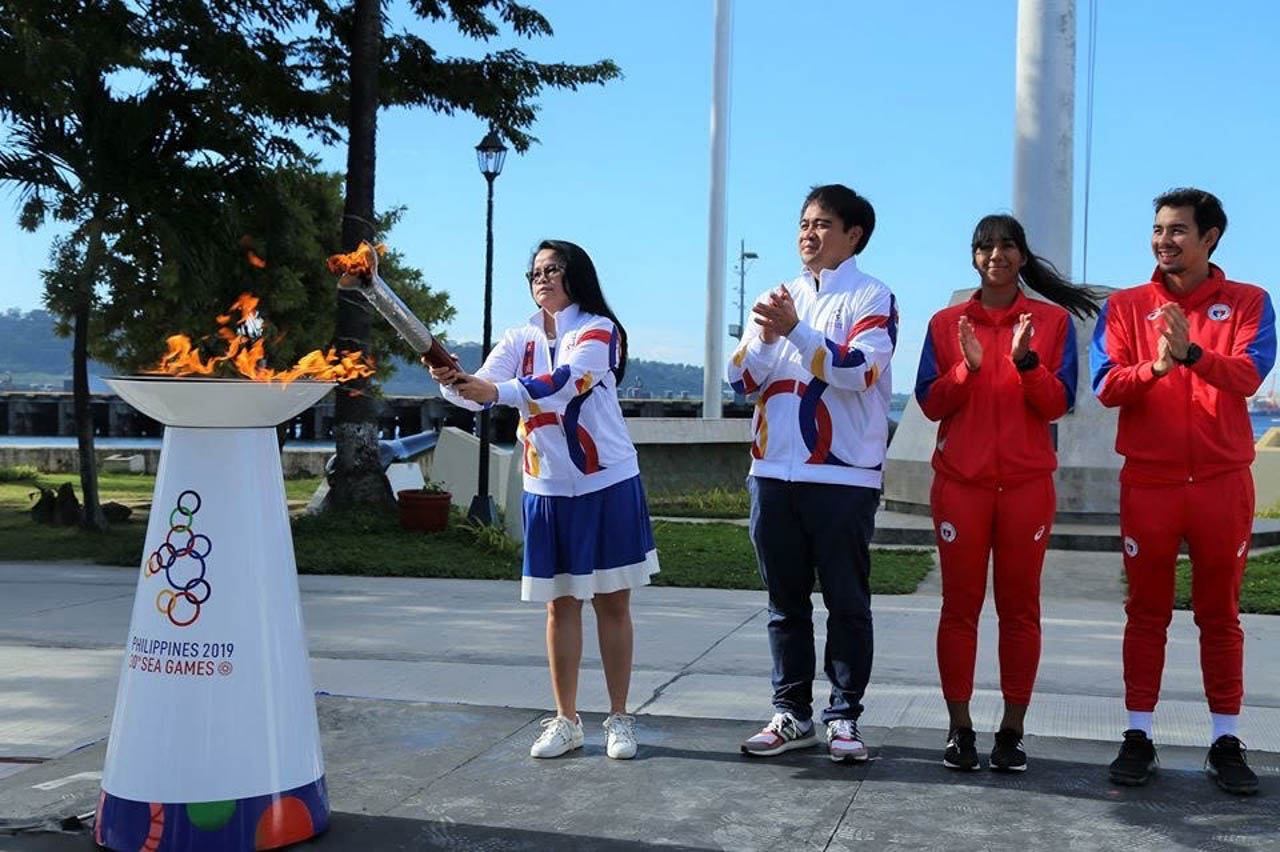 SUBIC BAY FREEPORT – Subic Bay Freeport, one of the major venues for the 30th Southeast Asian (SEA) Games, is prepared to host all 17 games scheduled to be held in this premier economic and tourism center, Subic Bay Metropolitan Authority (SBMA) Chairman and Administrator Wilma T. Eisma said on Monday, November 25.

“Subic is ready for the 30th Southeast Asian Games,” Eisma declared to the cheers of participating athletes, members of the SEA Games Subic Cluster, and SBMA employees.

Subic’s story is a far cry from the chaotic past days of the SEA Games where athletes from host country Philippines, Myanmar, Timor-Leste, Cambodia, and Singapore had to endure PHISGOC’s lack of coordination and unpreparedness.

It’s been reported that sports venues are still unfinished with only a few days before the Games formally begins on Saturday, November 30.

Eisma said the rehabilitation and preparation of the various sports venues here were completed in time for the Games to be held from November 30 to December 11.

Eisma thanked the PHISGOC, the Philippine Sports Commission, and the national government for their support to Subic, considered the triathlon capital of the Philippines, and pledged the agency’s all-out assistance in return.

“We are here to support the competing athletes, and to make sure everything will go as planned,” Eisma said.

According to SBMA Senior Deputy Administrator Ramon Agregado, who is manager of the SEA Games Subic Cluster, a total of eight venues were prepared for the 17 games to be held here.

PHISGOC’s Aguilar stressed that Subic’s partnership and support “is valuable in forging this strong and powerful bond across our region.”

“In recent weeks, we have passed on the flame from Davao to Cebu, to Pampanga. And now we are here in the Subic Bay Freeport,” Aguilar said.

“It is the hope of the Philippine Southeast Asian Games Organizing Committee that the games be an opportunity to highlight not just the growing passion, talent and skills, of every Southeast Asian athlete, but also the hope and solidarity that drive every game,” he added.

The Philippines last hosted the biennial SEA Games 14 years ago, with Subic as venue for archery, canoeing, sailing, and triathlon out of the 40 sports competitions held. – Rappler.com