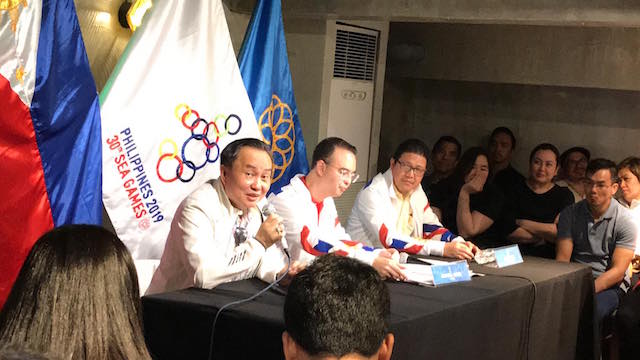 Tolentino also insisted that the organizing committee already fixed the “minor glitches” and asked the netizens to move on already from the disturbing issues the organizers faced this week.

Tolentino is also the president of Philcycling and an administration congressmen representing the 8th District of Cavite. His older brother is Duterte administration Senator Francis Tolentino.

(It’s normal, it’s really like that. That’s why I just said ‘let’s move on.’ We should unite for our country. Let’s not pull one another down for now. Let’s focus on the country first.)

Tolentino also asked for understanding as the organizers only had a year to prepare for the biennial sports event.

Instead of throwing criticisms, the POC president called for unity and support for the Filipino athletes as they try to capture the overall championship this year.

“My statement will be, not only we win as one, but we [also] stand as one in hosting the 30th SEA Games,” Tolentino said.

The country’s hosting of the regional biennial meet was likened to the infamous Fyre Festival that failed to deliver its promises of a luxurious, Coachella-like concert in The Bahamas Islands.

Among the mishaps that arose a week before 2019 SEA Games opening were the logistical nightmare of the international football teams, the lack of accommodations of the Philippine women’s football team and the shabby treatment on the Cambodia football team.

Media covering the games weren’t spared from venue woes as the unfinished SEA Games squash venue in the Rizal Memorial Sports Complex was converted into a makeshift media center. – Rappler.com