Injured Margielyn Didal still out to skate for double gold 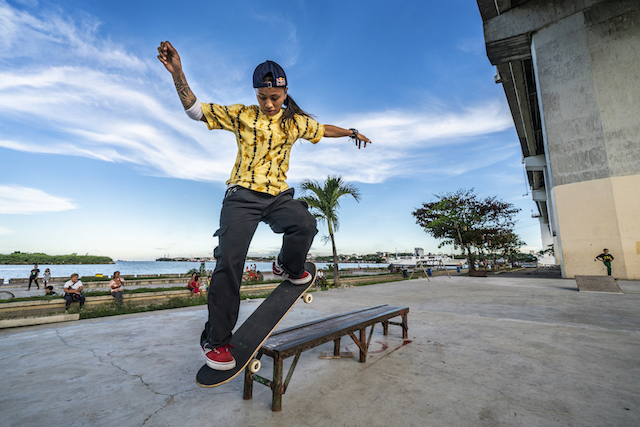 MANILA, Philippines –  Filipino skateboarding champion Margielyn Didal brushed off a recent injury and remained focused on her quest for a double gold in the 2019 Southeast Asian Games.

Didal sprained her right foot, which is her dominant foot, but said she will do anything to skate and make the country proud.

But Didal admitted that it’s an injury that has been lingering since December 2014, but she managed to undergo months of therapy at Cardia Olympia coupled with an intense assessment last July at the Red Bull High Performance Training Center in Santa Monica, California.

“Last December 2014, I had a very severe ankle sprain that didn’t seem to get better,” revealed Didal. “Until recently, it affected my skating because I kept thinking it might happen again.”

The rehabilitation allowed her to regain confidence and compete in over 15 major skate events this year as she further worked on fine-tuning her trick executions.

Now ranked No. 14 in the world, Didal is poised to dominate the Street and Game of S.K.A.T.E events in the regional biennial meet. (WATCH: Margielyn Didal stands up for PH skate scene)

Recently, the Cebu native nabbed back-to-back titles in two tournaments in California to boost her bid for a first SEA Games gold.

The Filipina topped the best trick street and 15+ street in the Exposure All Women’s Skateboarding Championships and best trick in the Ladies Day at The Berrics in November. – Rappler.com