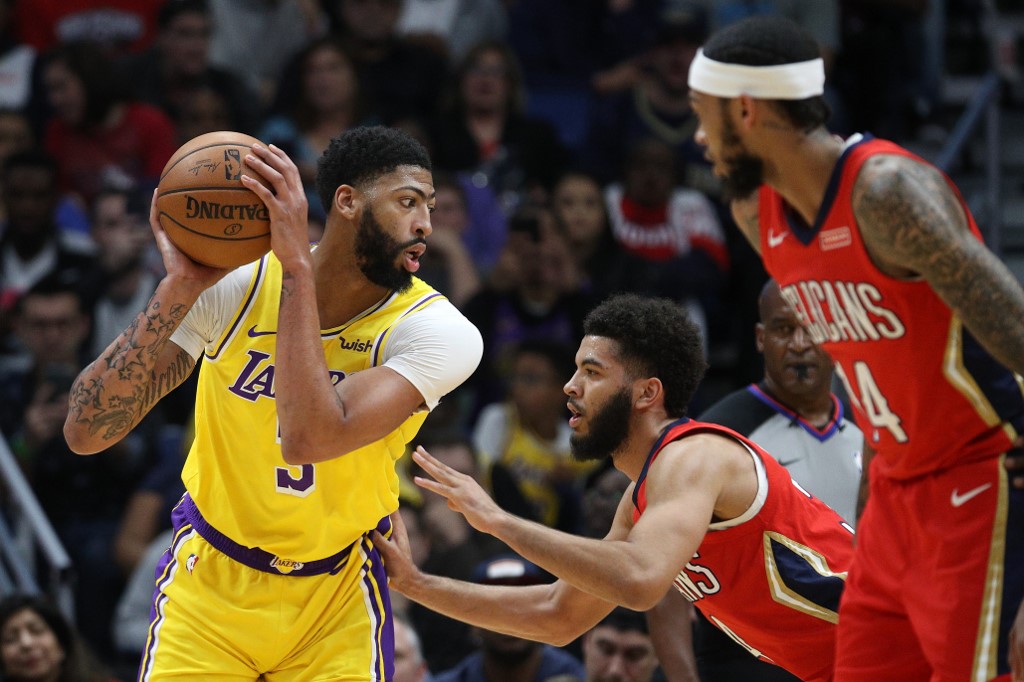 LOS ANGELES, USA – Los Angeles forward Anthony Davis shrugged off the boos that greeted his return to New Orleans on Wednesday, November 27 (Thursday, November 28, Philippine time) scoring 41 points to power the Lakers to a 114-110 NBA victory over the Pelicans.

“Man it feels so good,” said Davis, who finished his night by grabbing an attempted inbounds pass from New Orleans’ Jrue Holiday with 4.2 seconds left and then sinking two free throws to close out the come-from-behind win.

Los Angeles had trailed by as many as 16 early in the 3rd quarter but opened the 4th on a 9-0 scoring run as they trimmed the deficit to one point.

Kyle Kuzma’s three-pointer knotted the score at 91-91, but the Pelicans pushed their lead back to 4 points before Davis returned from treatment on his right elbow and stuffed a dunk off a pass from LeBron James.

“They made shot after shot, big shots,” said Davis, who was booed by Pelicans fans in the opening introductions and every time he touched the ball thereafter. “We showed our resiliency tonight and we were able to get the win.”

Davis, who had been booed by Pels fans last year when he tried to engineer a trade from the club – a move that finally happened in the off-season, said he was prepared for the reaction.

“I just tried to play through it and calm my nerves and play basketball,” he said.

He had plenty of support from his Lakers teammates and that included James.

“We understood,” said James, who scored 15 of his 29 points in the fourth quarter and handed out 11 assists. “Any time you go back to a place where you made a mark… you want to come back and play well and you want to win.”

In doing so, the Lakers won their ninth straight and improved their league-leading record to 16-2. – Rappler.com