PH speed skating team all set to sizzle on ice 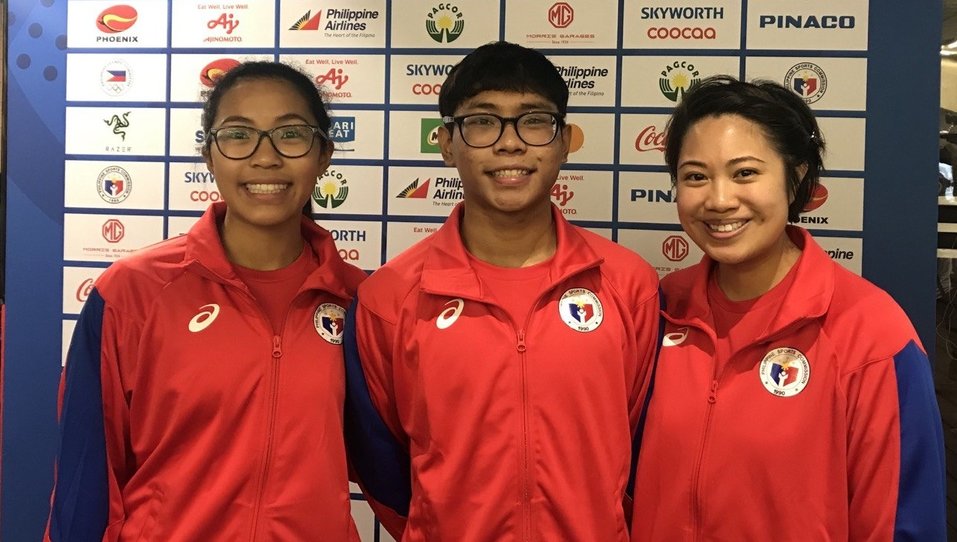 MANILA, Philippines – They’re all set to glide their way to the podium.

After Kathryn Magno – the only speed skater who represented the country in the 2017 Southeast Asian Games – fell a rung short of a podium finish, the Philippine team looks ready to sizzle on ice.

“As a team, we’re a lot more prepared compared to the last SEA Games when it was just myself,” said the 27-year-old Magno.

An eight-man squad. New coaching staff. An intense out-of-the-country training experience. True enough, the Philippine speed skating team is set to glide its way to the top and grab podium finishes this year.

“We’re targeting to win in all 6 medal events,” team captain Cruz said. “We are confident as we have prepared in terms of speed, technique, endurance, and mental strength.”

According to head coach Chino Mulingtapang, this is the first time that the sport has a permanent coaching staff, a national team, and a developmental squad.

“We only had guest coaches before, there was really no one dedicated to focus on the sport. Now, we received support from the government as well as the Philippine Skating Union,” the 18-year-old Mulingtapang shared.

To further prepare for the biennial sporting event, the national team trained in South Korea, which is known to produce the best and fastest speed skaters in the world.

“It’s really a great help for us, especially with establishing the athlete’s form inside the rink. We’re grateful that the government and our federation is seeing the potential in this sport,” said Mulingtapang.

The Philippine team anticipates a tough challenge from Malaysian bets, who bagged the gold in the previous edition of the SEA Games, and Singaporean Oympian speed skater Cheyenne Goh.

“This is a sport where anything can happen in any second so I think we just want to skate our best. We’re 100% ready,” said Gonzales.

Focused on the prize

While mishaps kicked off the Philippines hosting of the SEA Games, the players are not letting anything distract them from achieving their goal.

“As Filipino athletes, whatever happens off the ice is not our concern. We’re here and our job is to bring honor to the country,” Magno said. “We practice for months and all we care about is what happens on the ice.”

The senior speed skater Magno also encouraged Filipinos to cheer for the athletes representing the country.

“It’s a big event, many things happen but the most important part are the athletes.” —Rappler.com