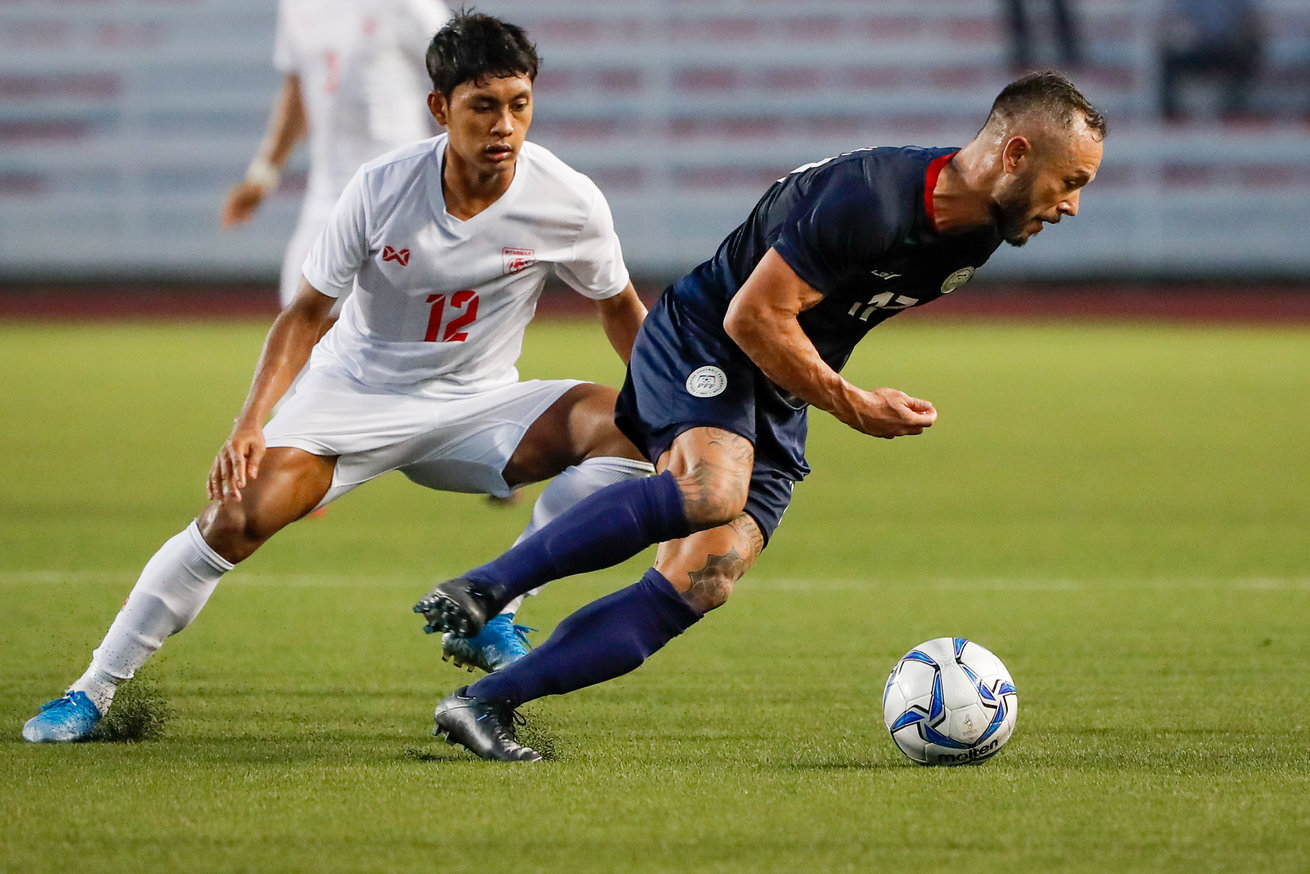 MANILA, Philippines – With two games remaining in the group stages of the 2019 Southeast Asian Games men’s football tournament, the Philippine Azkals find themselves in a must-win situation as another loss could be detrimental to their bid to crash the the semifinals.

Although the Azkals managed to pull off a come-from-behind draw against Cambodia in their competition opener last Monday, November 25, the Filipino brigade absorbed a heartbreaking defeat two days later, falling short to the never-say-die contingents of Myanmar.

It was an exasperating result for the Azkals as they dominated possession in the second half and came close to scoring several times after Justin Baas tied the match at 1-1 before halftime.

“It’s not easy to lose the game this way,” said Azkals head coach Goran Milojevic. “We had many chances, but we had some problems with the players who were tired and got cramps. They used one counter-attack and scored. Not easy, not nice to lose that way “

Despite the Myanmar setback, Milojevic remains optimistic and sees the positives that his prized wards showed.

“In the second half, we decided to play offensively. We played 35 minutes excellently and efficiently because we had many chances and kept the ball rolling in our favor,” he stated.

While the Azkals will get a chance to wash the taste of defeat on Friday, November 29, a tough test awaits them as they go head-to-head with Malaysia.

Malaysia, the bridesmaid in 2017, looks to break into the winner’s column after settling with a 1-1 draw versus Myanmar last Monday.

The Philippines occupies the No. 4 seat in Group A behind Cambodia, Myanmar and Malaysia. Only the top two teams in their cluster will advance to the semifinals after a single-round elimination.

Milojevic knows a loss at the hands of Malaysia could put a dent in Azkals’ goal to enter the Final Four for the first time in the football history of the biennial meet.

“We have two games left in the tournament. We win those two, and we are still in contention. The team did great in the last two matches, and we are not losing hope,” he said.

“For sure, we will try to play offensively [against Malaysia]. I know they will step up.” – Rappler.com