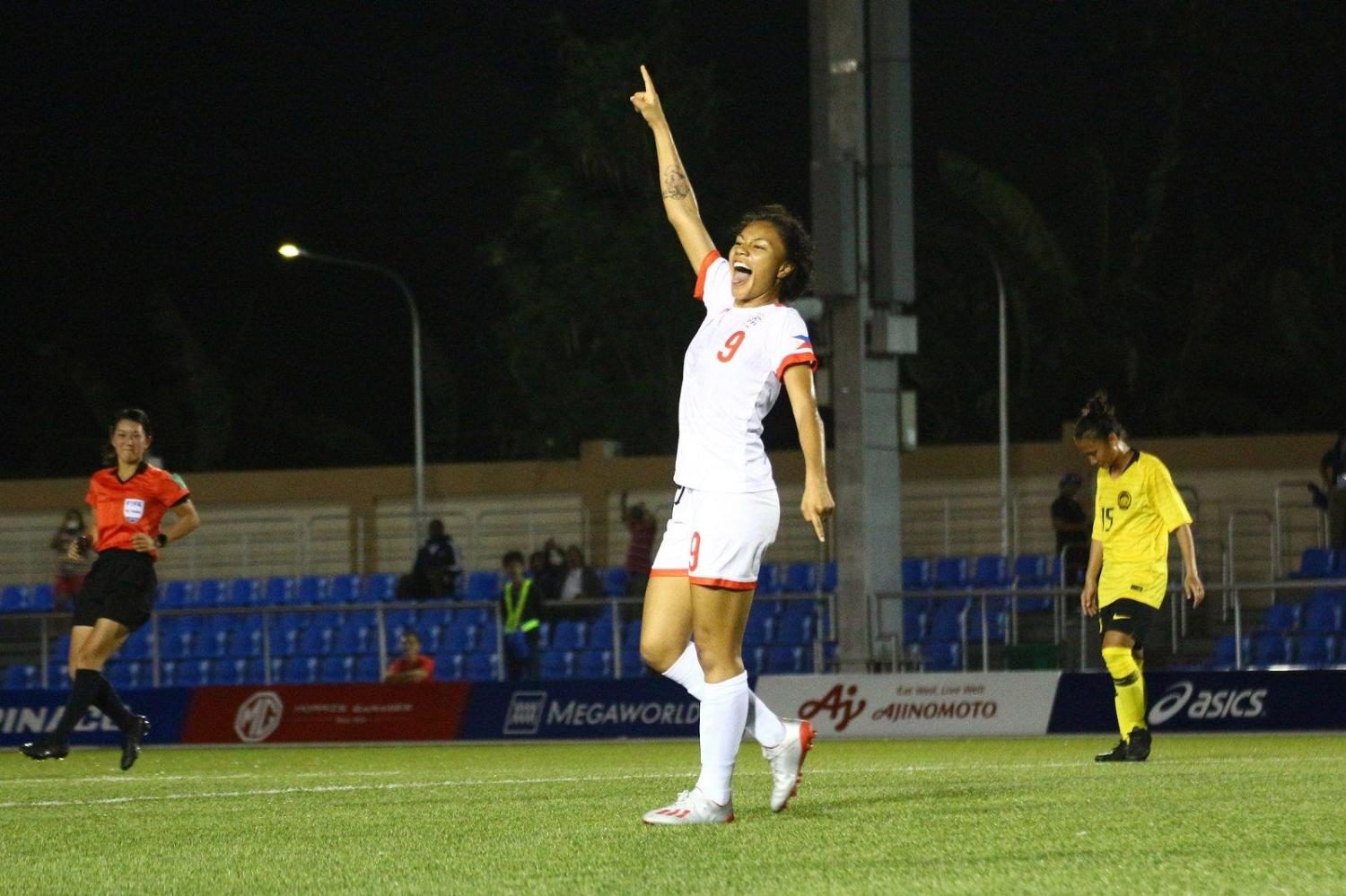 MANILA, Philippines – It turned out to be a jubilant night for Filipino sports fans as the Philippine women’s football team crashed the semifinals and the men’s squad also stayed in the running in the 2019 Southeast Asian Games.

The Filipinas emerged victorious against the Malaysian women’s squad with a 5-0 shutout to advance to the Final Four on Friday night, November 29 at the Biñan Football Stadium in Laguna.

In scoring the outstanding win, the Philippines earned a spot in the semifinals and will face either Vietnam or Thailand.

The Philippine men’s squad also kept their semifinal bid alive as the Azkals Under-22 squad pulled off a major upset victory over the 2017 edition’s runner-up Malaysia.

In front of a raucous home crowd at the Rizal Memorial Stadium, the Azkals routed Malaysia with a shocking 1-0 victory in Group A.

The Azkals, coming off a tough 1-2 loss to Myanmar, showed no signs of disheartenment as they dictated the pace in the first 30 minutes of action, aggressively attacking the penalty box with veteran midfielder Stephan Schrock leading the charge.

Despite the overwhelming pressure that the Philippines applied on their counterparts, it did not prevent them from experiencing tense moments in the last 12 minutes of the first half as goalie Anthony Pinthus had to be challenged by two chances from goal-seeking Malaysian strikers.

Chima Uzoka tried to give the Azkals a one-nil edge before the halftime whistle, but his header soared above the crossbar. 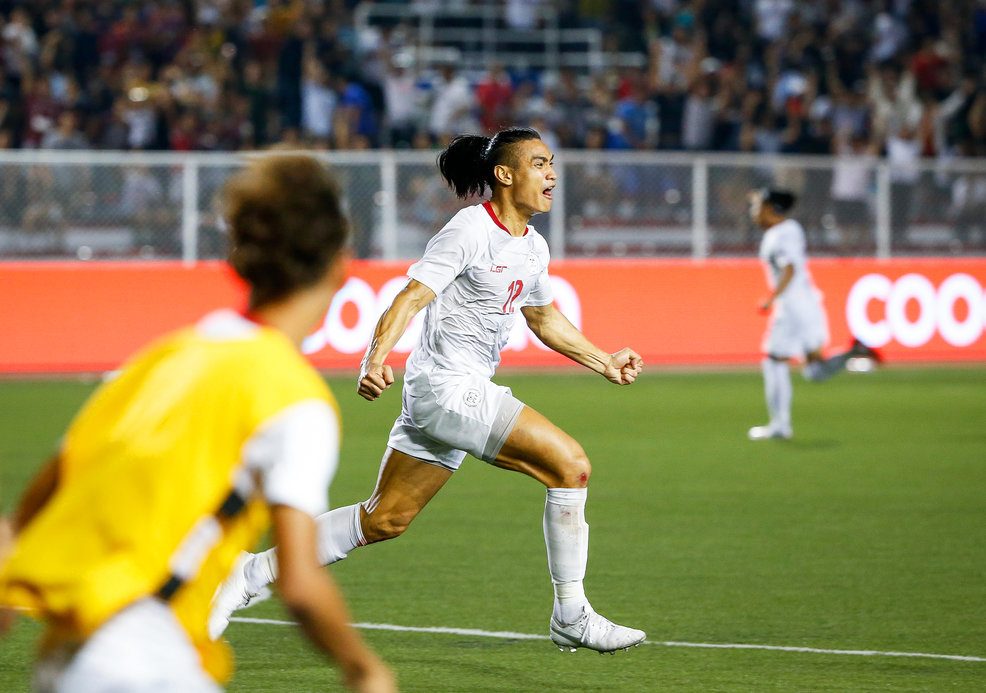 Both teams tried to establish their offensive flow in the opening minutes of the second half. While the Philippines had dominated possession for the first 15 minutes, it was Malaysia that came close to scoring on two occasions.

Sensing that their opponents were starting to pick up momentum, the Philippines immediately stopped them in their tracks at the 78th minute as Schrock put the Goran Milojevi-mentored troop up by one goal on the scoreboard.

Schrock’s corner kick got deflected by a Malaysian defender, but it bounced off the chest of one of his teammates, accidentally sending past their goalkeeper, putting them at a 0-1 disadvantage.

As the time started to wind down, Malaysia’s frontline unit stepped on the gas pedal in a desperate effort to salvage an equalizer. However, the Azkals kept it together in the dying minutes of the contest to record their first win in the tournament.

With the remarkable triumph against Malaysia, the Philippines improved to a 1-1-1 win-loss-draw slate and moved into 3rd place behind Myanmar and Cambodia in Group A with 4 points.

The Azkals could strengthen their semifinal chances if they win their next assignment against Timor-Leste on Wednesday, December 4 at the Biñan Football Stadium in Laguna.

On the other hand, Malaysia finds itself in a must-win situation as it needs to ace its last two outings to stay in Final Four contention. – Rappler.com