IN PHOTOS: Performances at the SEA Games 2019 opening ceremonies MANILA, Philippines – The much-awaited opening ceremonies of the 2019 Southeast Asian (SEA) Game took place at the Philippine Arena in Bocaue, Bulacan on November 30, marking the opening of the games.

The ceremonies featured a showcase of Filipino culture – from the Philippine textile-inspired backdrops, to the folk dance choreography, to the nod to Philippine pageant culture, to the musical numbers featuring the best of traditional Pinoy music and OPM. (READ: A foreigner’s guide to the 2019 SEA Games opening ceremonies)

After Lani Misalucha led the singing of the Philippine National Anthem, the show unfolded in 4 suites. 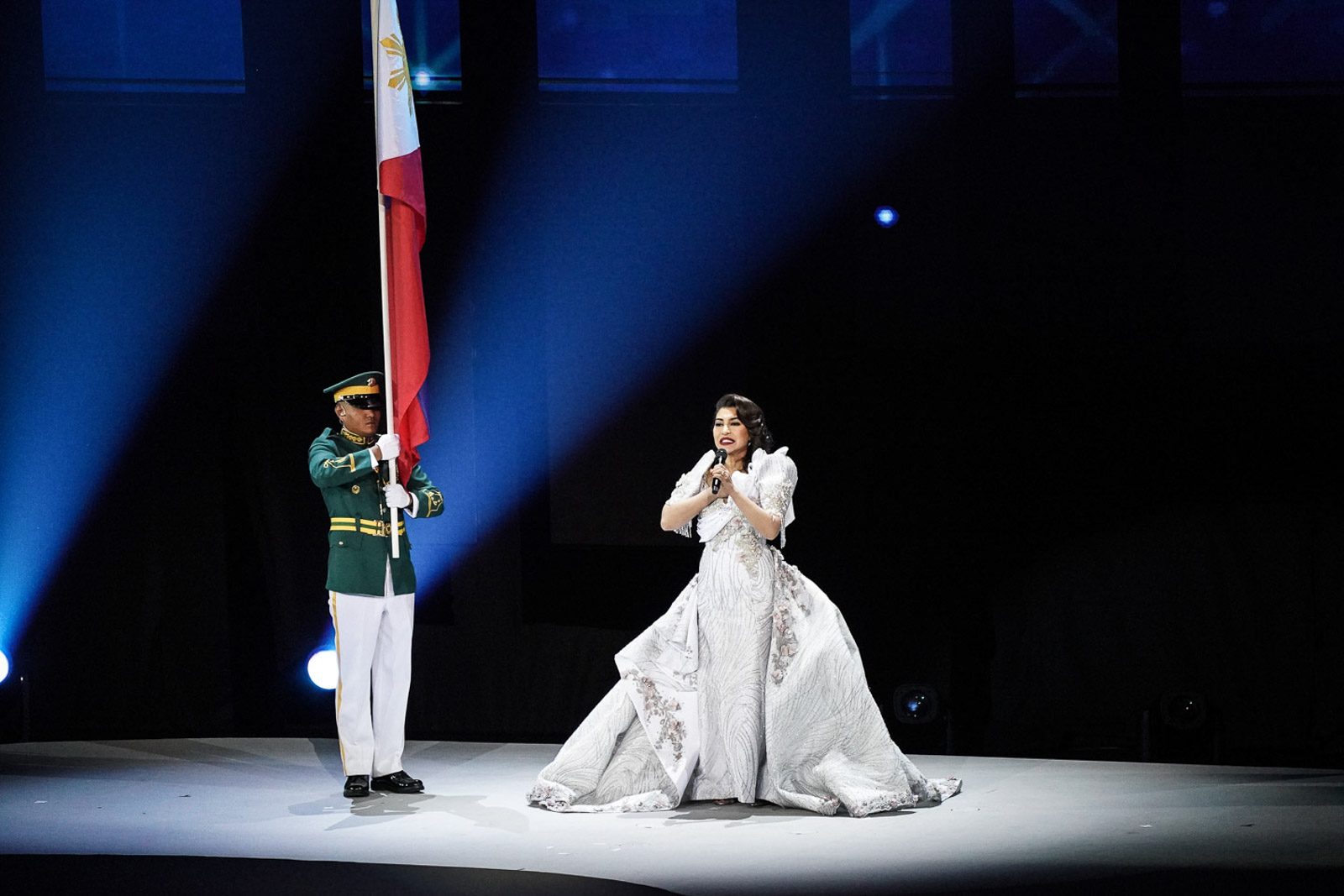 The welcome suite, called “The Roots of Our Strength,” opened with a Sarimanok dance that gave way to traditional dances including the Ginum of the Bagobo from the Mindanao highlands, the Pattong of the Kalinga people of Northern Luzon, a dance inspired by the pre-Hispanic self-defense art of Arnis, the Sagayan from Maguindanao, and the Singkil of the Maranao people from Lanao. 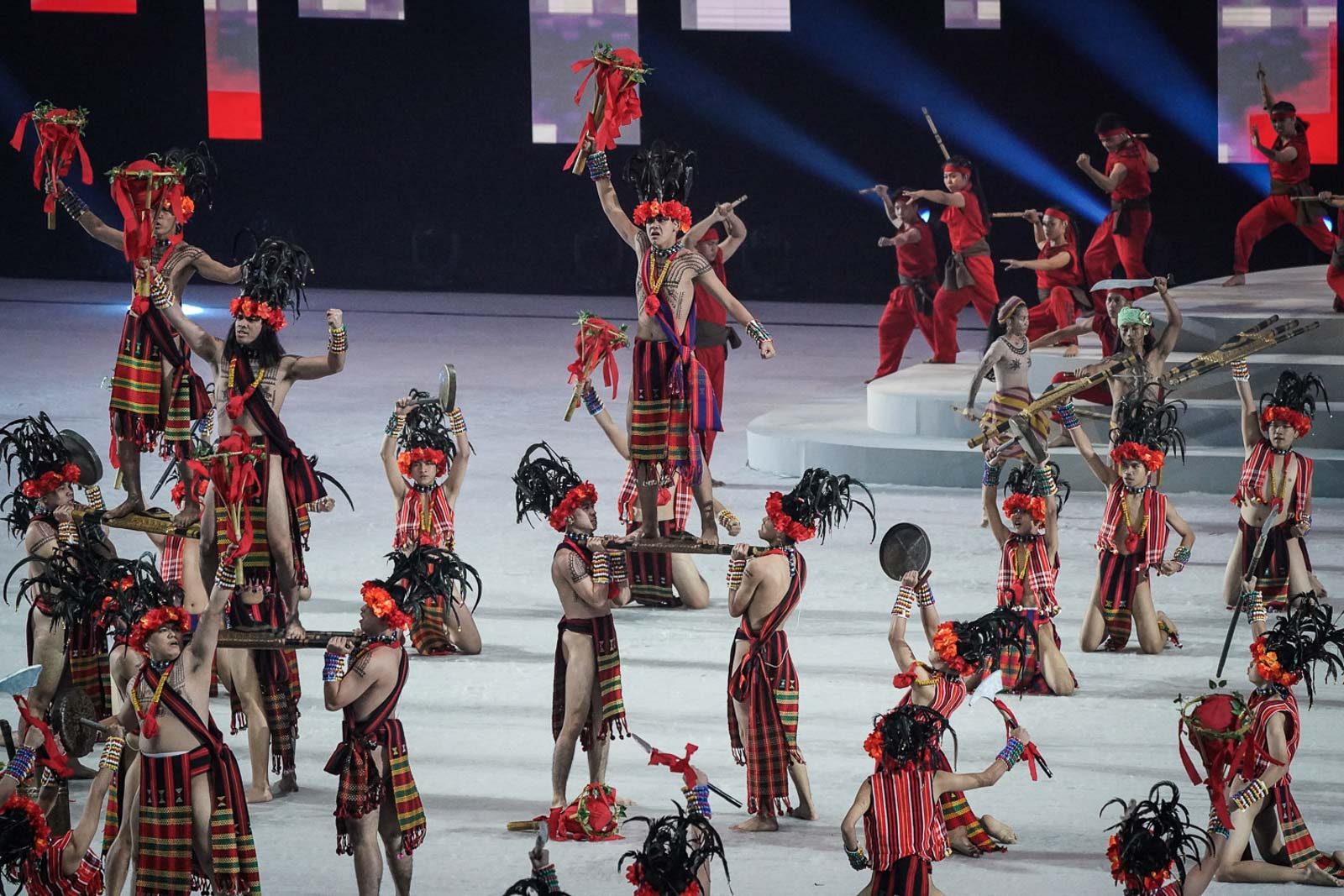 The second suite began with the La Jota Manileña dance from the Tagalog region, which is a blend of Hispanic and pre-Hispanic style dance. The dance led to the parade of athletes, which was reminiscent of a Santacruzan parade as the entrance of each country’s delegation was marked by bamboo arches, with 11 Filipina beauty queens serving as their muses. The entrance of the Philippine team was marked by Hotog’s 1976 hit song “Manila,” with Miss Universe 2015 Pia Wurtzbach as muse. 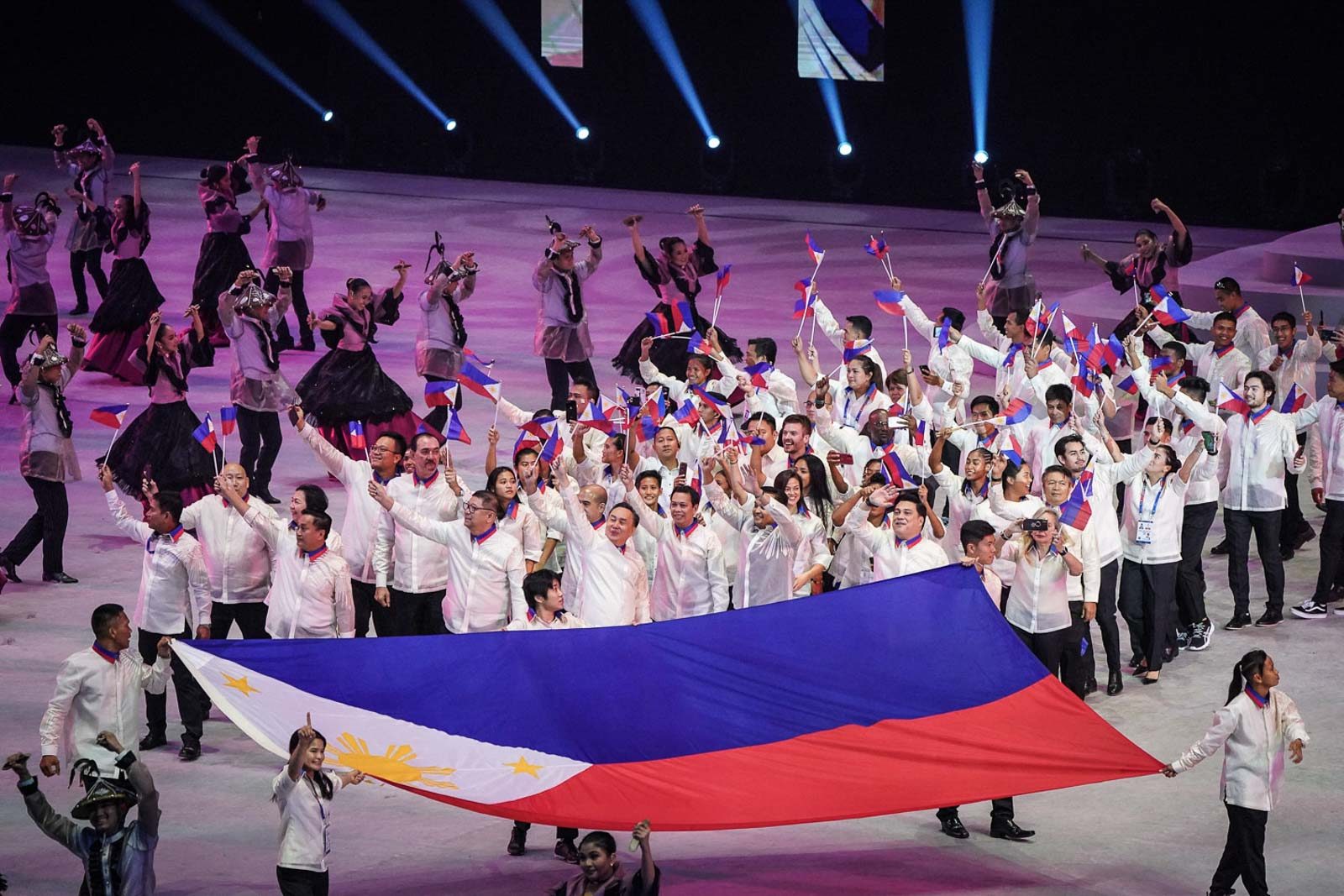 Robert Seña then serenaded the delegates with a welcome song set to the tune of “Kay Ganda ng Ating Musika.” The third suite began with a duet by Christian Bautista and Aicelle Santos, singing the kundiman “Minamahal Kita,” which then gives way to a dance number representing Bayanihan. Hiphop dancers explodes from a bahay kubo that was carried on stage as Iñigo Pascual, Elmo Magalona, and KZ Tandingan performed a medley of late rapper Francis M’s songs. Black Eyed Peas rapper Apl.de.ap then came onto the stage to sing his hit song “Bebot.” The final suite opened with a dance featuring capiz lanterns, as all the performers came onto the stage to sing the SEA Games theme song, “We Win As One,” which was written by Floy Quintos and Ryan Cayabyab. Joining Lani, Robert, Christian, Aicelle, Iñigo, Elmo, KZ, and Apl in singing were the TNT Boys, Anna Fegi, and Jed Madela. The symbolic lighting of the cauldron by Manny Pacquiao and Women’s World Boxing Champion Nesthy Petecio in New Clark was broadcast onto the big screen at the Philippine Arena, and a shower of sparks lit the stage up for a grand finale. – Rappler.com