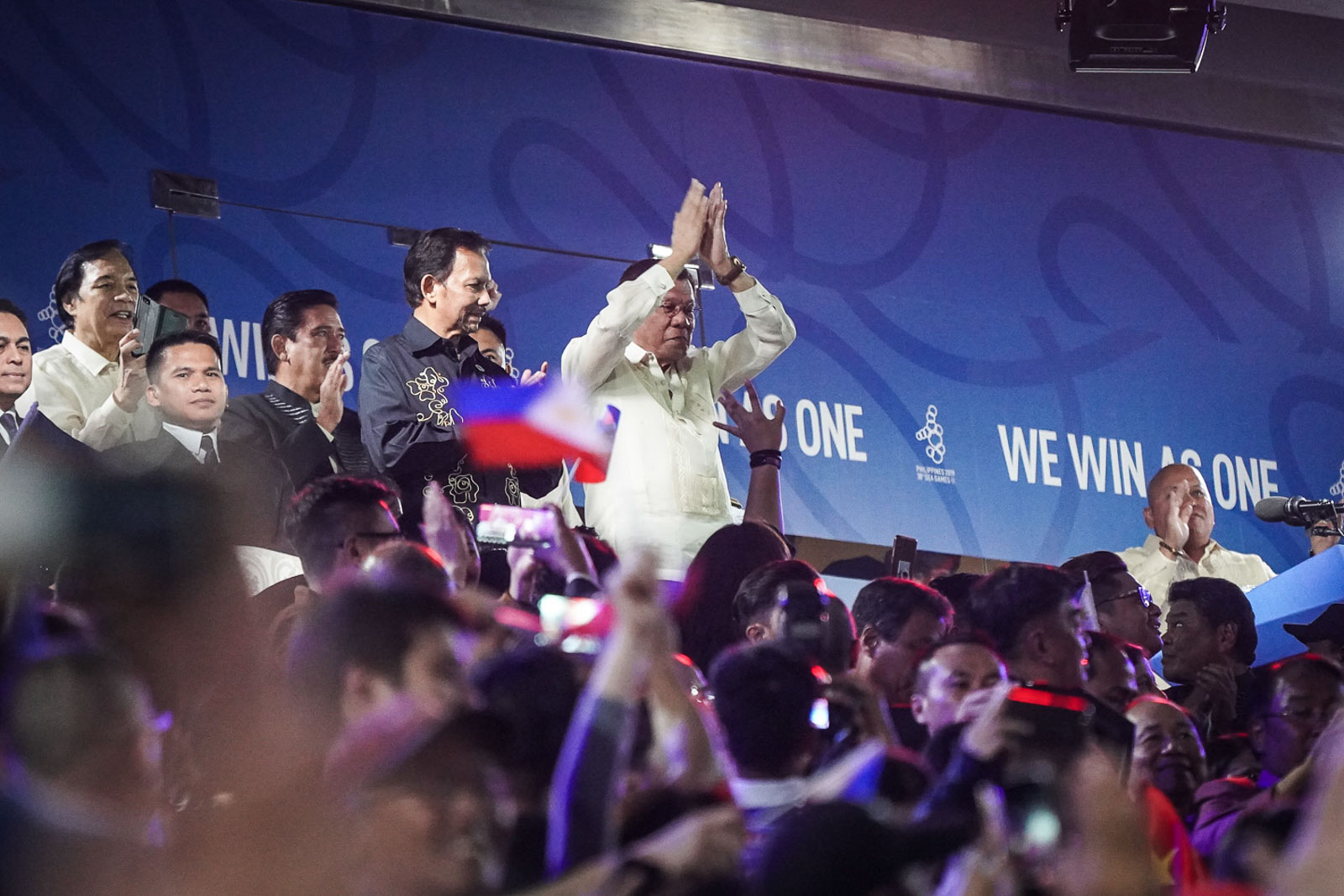 BOCAUE, Philippines – President Rodrigo Duterte showed a lighter side of himself as he danced during the lavish opening ceremonies of the 2019 Southeast Asian Games on Saturday, November 30.

Duterte was seen clapping and waving his hands to the tune of OPM classic Manila by Hotdog when the Philippine contingent took centerstage before a mammoth crowd at the Philippine Arena here. (IN PHOTOS: Performances at the SEA Games 2019 opening ceremonies)

Philippine President Duterte is like your Lolo that gets up and dances at the family party. #SEAGames2019 #30thSEAGAMES pic.twitter.com/RUBYOnvBRO

His moves drew thunderous applause and cheers from tens of thousands of Filipinos who trooped to Bulacan to witness the opening ceremonies which were held indoors for the first time in SEA Games history.