Dec 1, 2019 7:12 PM PHT
Delfin Dioquino
Facebook Twitter Copy URL
Copied
Jason Perkins proves to be a revelation as Gilas Pilipinas wraps up Day 1 of the 2019 SEA Games with a sweep of its first 4 games 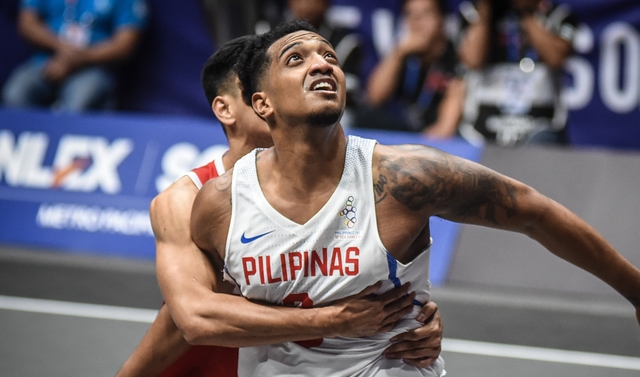 MANILA, Philippines – Jason Perkins dominated in his first foray in 3×3 basketball after powering Gilas Pilipinas to a perfect start in the 2019 Southeast Asian Games on Sunday, December 1 at the Filoil Flying V Centre in San Juan.

Perkins was a revelation as the Philippines wrapped Day 1 with a sweep of Indonesia, Myanmar, Vietnam, and Thailand to punch its semifinals ticket.

The hefty forward led the attack in all 4 games, ending the day with a 7-point outing in a 21-10 drubbing of Thailand that finished even with more than two minutes left.

Perkins’ best scoring performance came in a 10-point outburst against Myanmar as he fueled Gilas Pilipinas to a 21-10 romp.

CJ Perez backstopped Perkins with an average of 7.0 points per game, while Mo Tautuaa had his moments – the highlight of his day the game-winning two-pointer that took down erstwhile-unbeaten Vietnam, 21-15.

Earlier, the Philippines – also featuring Chris Newsome in its four-man lineup – opened its campaign with a 21-17 win over Indonesia.

Gilas Pilipinas will play two more games in the preliminary round on Tuesday, December 2, at the same venue before advancing to the semifinals.