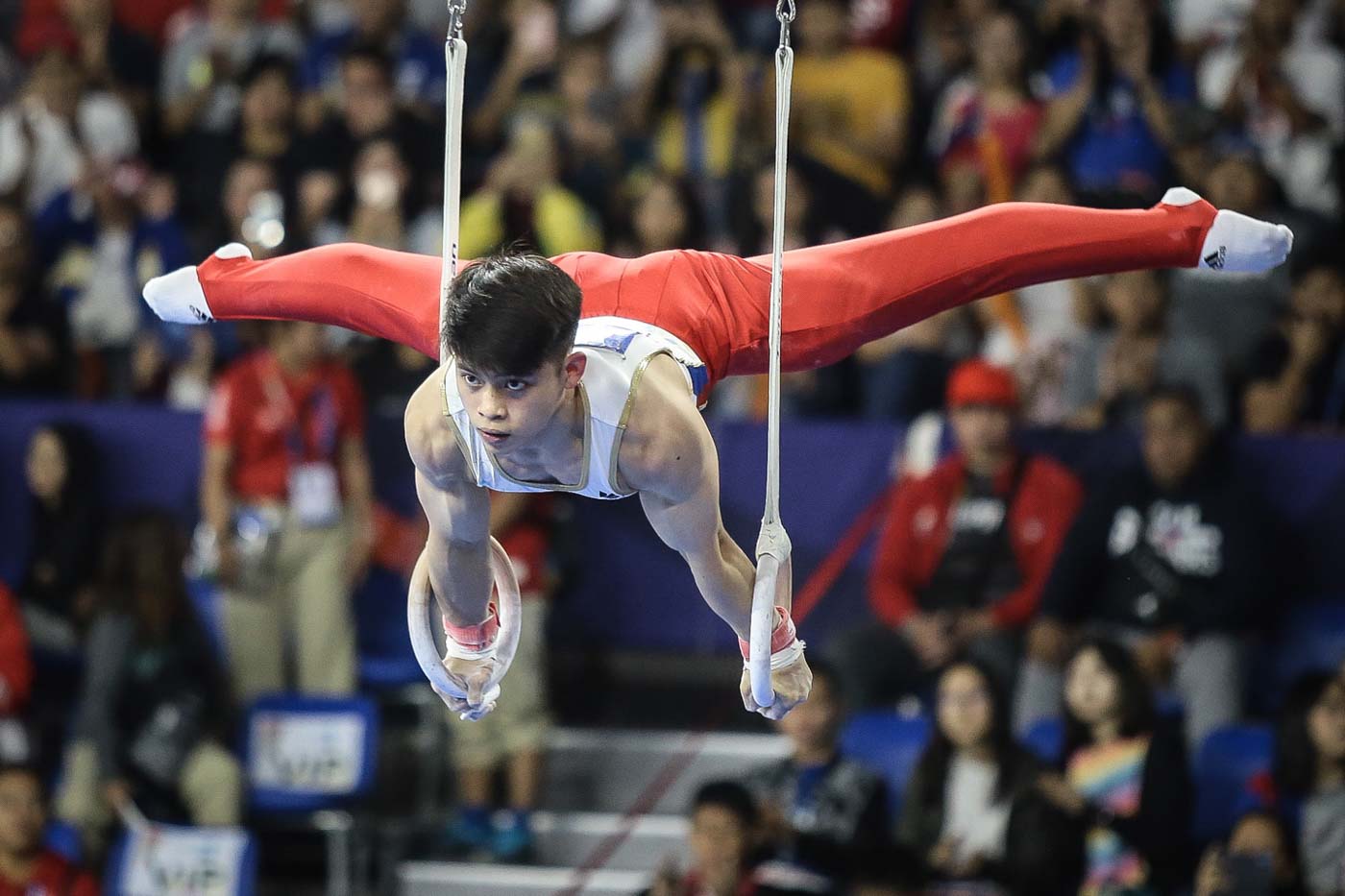 MANILA, Philippines (UPDATED) – World champion Carlos Yulo delivered right in front of his countrymen to bag the gold medal in the men’s artistic gymnastics individual all-around event of the 2019 Southeast Asian Games on December 1 at the Rizal Memorial Coliseum.

Yulo, who made history last October as the first Filipino and Southeast Asian male to win in the World Artistic Gymnastics Championships, sealed the deal for the Philippines with a total score of 84.900 in 6 events.

“I was nervous to be performing here in my home country but I’m happy,” said Yulo. “It’s quite different [competing in the SEA Games]. Here, the crowd gives more attention to the Philippine team. In Germany, nobody knows me. So I’m just doing my thing.”

The young gymnast also qualified for the 2020 Tokyo Olympics after securing the gold medal in the 2019 World Championships in Stuttgard, Germany.

With the crowd wildly cheering for the Filipino gymnast, Yulo surely didn’t disappoint as he delivered an exemplary performance in the floor exercise and received a 14.650 score from the judges. He also pulled off a stunner in the rings and earned a 13.600 mark.

In Yulo’s first SEA Games, he wowed the spectators and drew a score of 14.550 and 14.400 for the vault and parallel events, respectively.

The 19-year-old Yulo managed to maintain his composure as he finished third in the pommel horse with 13.600 then kept the momentum going to finish spectacularly in the horizontal bar with a score of 13.750.

“Thank you so much to everyone who went and supported me and the Philippine team. You got me all nervous and scared but I was also hyped at the same time. God bless you all,” Yulo told Rappler.

Vietnamese bets Dinh Thanh and Le Tung finished with a score of 82.350 and 81.700 as they settled for silver and bronze medals, respectively. – Rappler.com