Glitz and glamour as dancesport waltzes into SEA Games 2019

Dec 1, 2019 6:50 PM PHT
Agence France-Presse
Facebook Twitter Copy URL
Copied
Once called through the stage curtain and into the spotlights, the couples twirl and shimmy across the dance floor as the capacity crowd roars 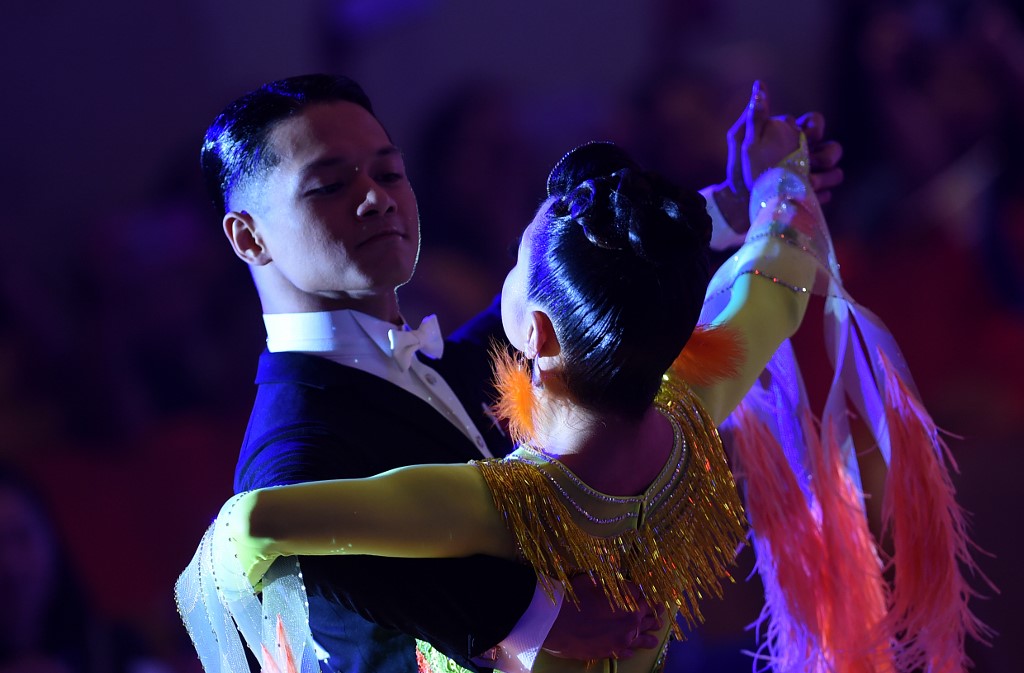 TARLAC, Philippines – Costume changes, last-minute makeup touches and air kisses – dancesport made a flamboyant entrance on Sunday, December 1, as the Southeast Asian (SEA) Games got off to a sparkling start in the Philippines.

The ballroom competition picked up the baton from the color, music and glamour of the previous night’s glitzy opening ceremony, with all the coiffed hairstyles and high tension of a Dancing With the Stars episode.

A small but raucous crowd – mostly Filipinos – waved flags and cheered on the local couples in the function room of Clark’s Royce Hotel, with some in the audience giddily fanning their faces with their hands in nervous anticipation.

Backstage, the atmosphere was tense as dance partners from Vietnam, Singapore and elsewhere around the region psyched themselves up for performances years in the making.

Some ran through their routines, said prayers together or did breathing exercises to tamp down their fraught nerves. One determined contender stared into middle distance, preparing his game face.

Once called through the stage curtain and into the spotlights, the couples twirled and shimmied across the dance floor as the capacity crowd roared, raising the roof when the Philippine couples strutted their stuff. 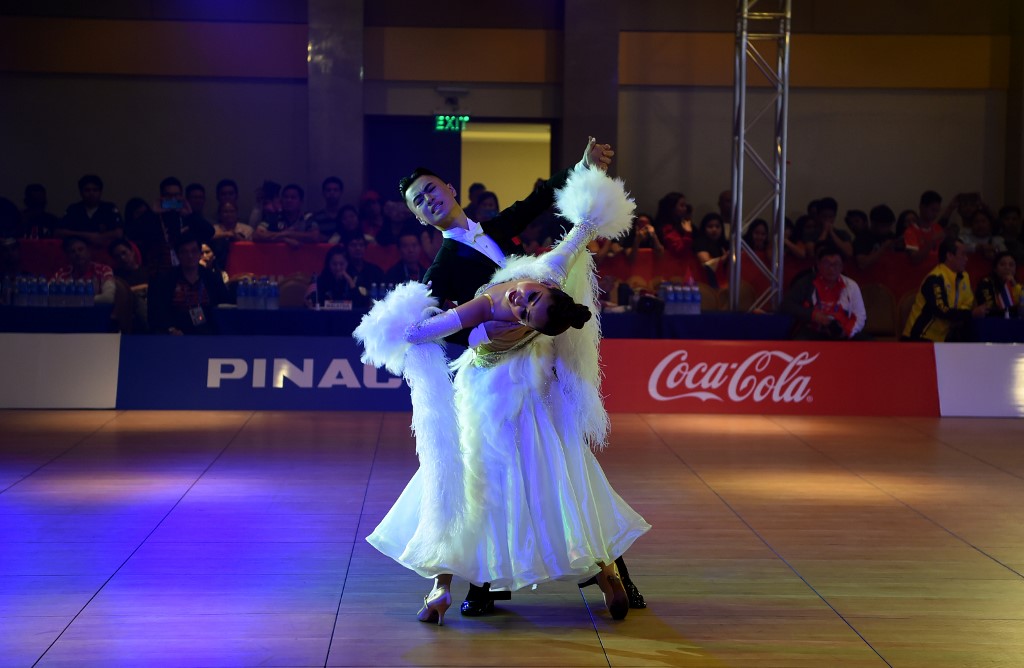 Partners glided over the stage in 90-second routines to the tune of Justin Bieber, The Beatles and Bruno Mars before turning to face the judges.

The crowd hushed as all eyes in the room trained on the stony-faced panel.

When the results appeared on the big screen one-by-one, some in the audience gasped, while others shrieked with joy as their dance idols went to the top of the scoreboard.

Performers crowded around the television by the stage entrance to see the scores rolling in, hugging each other and exchanging high-fives.

It was the Philippine couples who cleaned up on the dance floor on Sunday, the first time competitive ballroom dancing has been staged at the SEA Games in 12 years.

Home favorites Sean Mischa Aranar and Ana Leonila Nualla won 3 golds for the tango, Viennese waltz and five dance events, while compatriots Mark Gayon and Joy Renigen snared the top prizes in waltz and foxtrot along with a silver in quickstep.

“It’s a really wonderful feeling being here and having these medals after all the hard work and the stress and the sleepless nights,” Renigen told Agence France-Presse. “It’s all worth it. We’re really happy.”

The duo have been dance partners for 5 years, and a couple for 4.