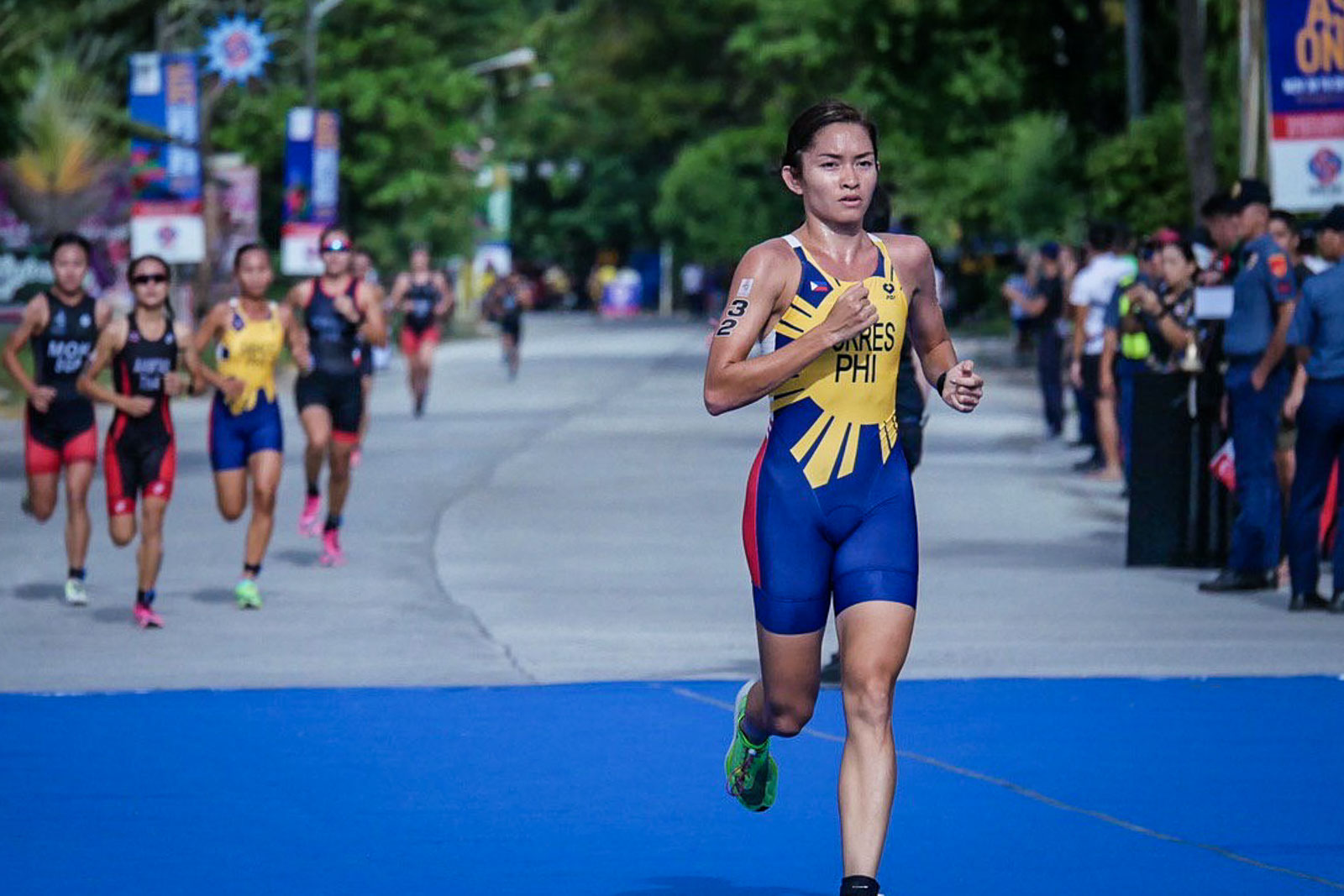 SUBIC, Philippines (UPDATED) – Monica Torres made it look too easy as the Philippine duathlon star pulled away early on the way to ruling the women’s finals of the 2019 Southeast Asian Games at Subic Bay Boardwalk in Zambales on Monday, December 2.

Torres, who topped the Asian elite categories of Powerman Asia Duathlon Championships for 3 years in a row, conquered the 10-kilometer run, 40-kilometer bike, and 5-kilometer run in runaway fashion with a time of 2 hours, 8 minutes and 44 seconds.

Even more incredible, Torres pulled off the feat despite a bum stomach.

(I actually had a stomach problem early this morning… I probably ate something or was just too nervous.)

Separating from the rest of the pack early, Torres underscored her title as the fastest Filipina in the Philippines’ Ironman 70.3 races for the past 6 years.