Dec 2, 2019 1:00 PM PHT
Agence France-Presse
Facebook Twitter Copy URL
Copied
Doncic is just one rebound short of the triple double finishing with 27 points, 10 assists and nine rebounds, as the visiting Mavericks avenge a 119-110 overtime loss to the Lakers one month ago 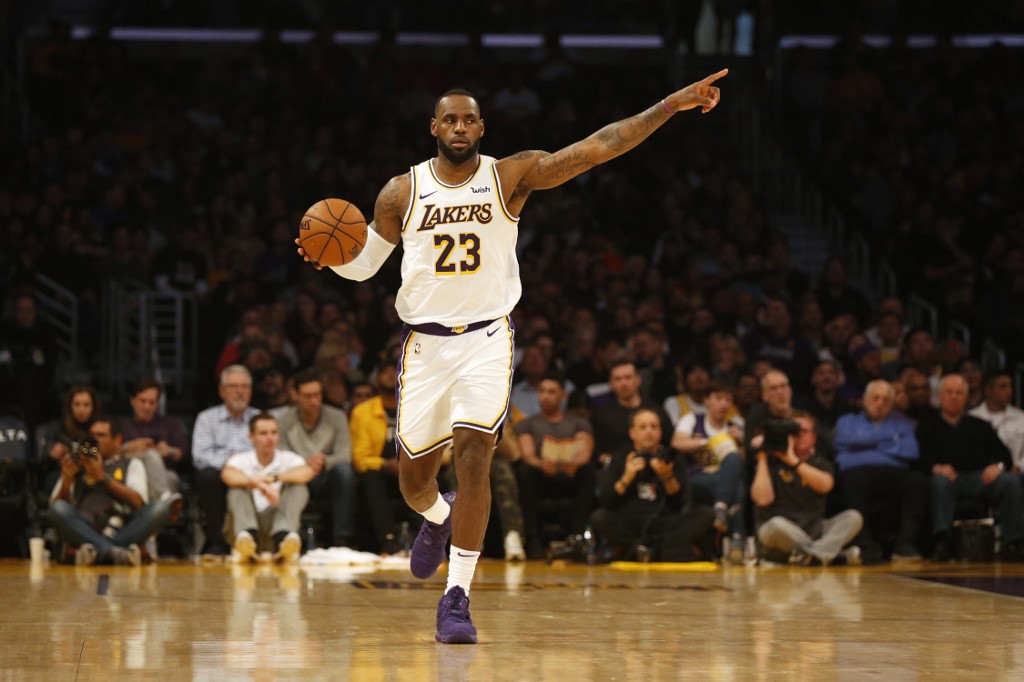 Doncic was just one rebound short of the triple double finishing with 27 points, 10 assists and nine rebounds, as the visiting Mavericks avenged a 119-110 overtime loss to Los Angeles one month ago.

“It’s a great win that means a lot to us,” Doncic said. “It shows that we can play against big teams, too. We just need to keep it rolling.”

The first-place Mavericks improved to 13-6 on the season and were too much to handle for the Lakers, whose win streak came against 10 teams, all with losing records.

The last time Los Angeles played a team with a better than .500 record, which was the Toronto Raptors on November 10, they lost 113-104.

Delon Wright came off the bench to tally 17 points and 9 assists while Dwight Powell, Kristaps Porzingis and Justin Jackson contributed 15 points apiece in the win.

Anthony Davis had 27 points and 10 rebounds and LeBron James tallied 25 points, 9 rebounds and 8 assists for Los Angeles. James also had 6 of the Lakers 17 turnovers.

The Lakers’ next two games are against Denver and Utah, who are one and two atop the Northwest Division standings.

Kyle Kuzma shot just one of 13 from the floor while Dwight Howard and Rajon Rondo each scored just four points as the Mavericks’ bench outscored the Lakers’ reserve 43-29.

Dallas used a brilliant third quarter to seize command of the game.

Doncic, who was bloodied and muscled off the ball several times in the November loss to the Lakers, held his ground on Sunday, scoring 16 of his points in the third quarter.

“He hit a couple of hellacious shots,” Dallas coach Rick Carlisle said. “There’s just a small handful of guys in the whole world that can hit them. LeBron James is one of them. He’s one of them.

We've seen a lot of big games this season from Luka, but it means a little more to play well against your idol.@luka7doncic | #MFFL pic.twitter.com/nELTEfKZQ3

“Those step-back 30-footers, it’s hard to describe how difficult the shot is, and how easy he makes it look.”

The Mavericks had 35 points to just 17 in the third for the Lakers, who equaled their worst total in a quarter this season.

In the fourth, Dallas increased the lead to 20 and led by double digits the rest of the way.

Davis blamed the loss on the Lakers poor rebounding.

“We beat ourselves with the rebounding, so we know what we’ve got to do better,” he said.

Elsewhere, Chris Paul scored seven of his 16 points late in the fourth quarter of the Oklahoma City Thunder’s 107-104 victory over the New Orleans Pelicans.

Also, Jimmy Butler scored 20 points, Bam Adebayo had 17 points and 16 rebounds and the Miami Heat scored the final 10 points for a 109-106 victory over the Brooklyn Nets. – Rappler.com