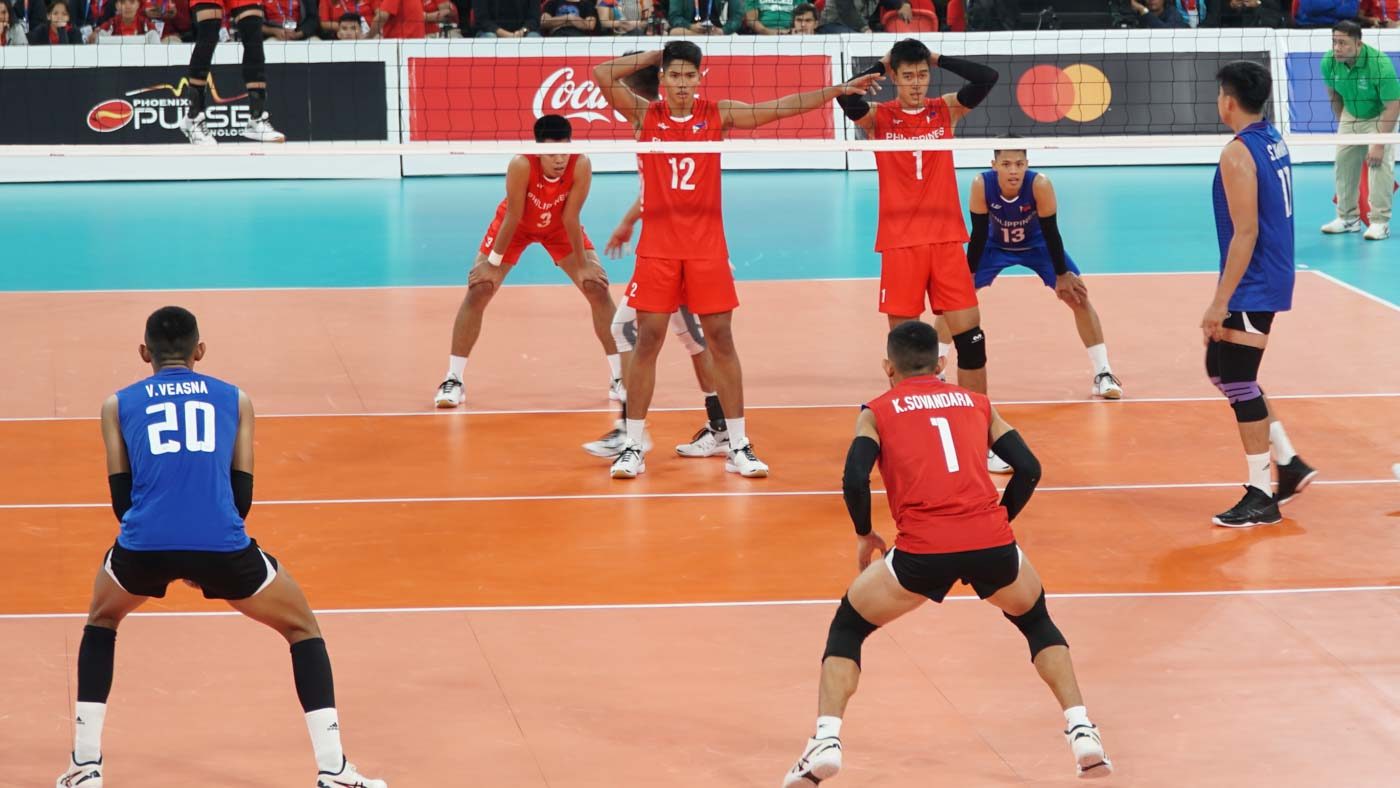 Facebook Twitter Copy URL
Copied
Behind the star duo of Marck Espejo and Bryan Bagunas, the Philippine men’s volleyball team gets its campaign off to a rousing start

MANILA, Philippines – The Philippine men’s national volleyball team got its 2019 Southeast Asian Games campaign to a rousing start with a straight-sets win over Cambodia, 29-27, 25-17, 25- at the refurbished PhilSports Arena on Monday, December 2.

As fully expected, the star tandem of Marck Espejo and Bryan Bagunas carried the load for the Filipino side, as they alternated booming kills against a hapless Cambodian defense.

However, the revelation of the match was incoming UAAP sophomore Joshua Retamar, who accounted for several blocks in his national team debut.

Espejo led the way with 21 points on 16 attacks and 4 blocks. Bagunas added 14 markers while Retamar chipped in 11 points on a staggering 6 rejections.

(I’m happy because the system we taught the players was there. That’s the only thing we can change because from all the years we were playing in the national team, we never really got the system. Today, the players got it quite a bit. Hopefully, it continues.)

The five-time UAAP MVP Espejo and Bagunas came alive in the opening set after going down 12-16, leading the team to a cardiac 29-27 finish.

Then it was Retamar who paced the Nationals in the 2nd set with his stellar defense, racking up block after block to demoralize the Cambodian offense.

When the dust settled, the Philippines has seized the frame 25-17, off one last Bagunas rejection. At that point, the home team blanked the opposition on blocks, 8-0.

The Cambodians, however, tried their best to extend the game and tied it up 12-all. But their game soon fell apart as the Philippines slowly pulled away in the end with a 6-0 run for the 23-16 lead.

Vocum Veasna did the heavy lifting for Cambodia with 16 points in the sorry loss. – Rappler.com