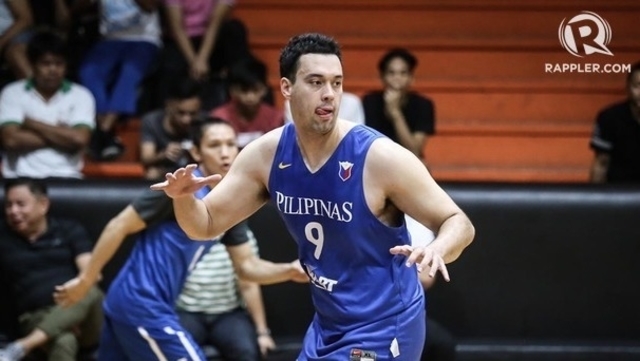 MANILA, Philippines – Greg Slaughter will be Gilas Pilipinas’ last addition to its 12-man lineup for the 2019 Southeast Asian Games.

The seven-foot Slaughter will replace Roger Pogoy, who was ruled out of the regional meet after sustaining a bulging disc on his back, as he forms a towering frontcourt with the 6-foot-10 June Mar Fajardo.

With his Barangay Ginebra coach Tim Cone calling the shots for the national team, Slaughter was initially considered a lineup shoo-in before he suffered a dislocated thumb early in November.

But he was able return to the hardcourt a week before the SEA Games, making him the top candidate to replace Pogoy.

Gilas Pilipinas will open its bid for a 13th straight gold medal against Singapore on Wednesday, December 4, at the Mall of Asia Arena. – Rappler.com