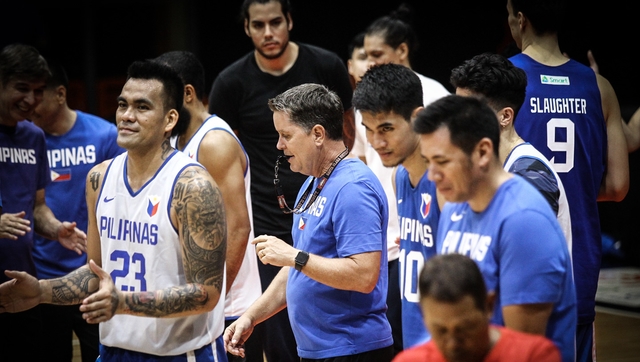 MANILA, Philippines – The bar has been set for Gilas Pilipinas in the 2019 Southeast Asian Games: nothing but the gold.

Gilas Pilipinas will be the heavy favorite heading into the tournament and rightfully so, having won the top prize 17 out of 19 times since the sport was played in the biennial showpiece, including 12 straight.

“No doubt we expect to win. We only have one thing in our mind – that’s winning,” said national team coach Tim Cone.

“I joked with my wife, I said if we lose, I’ll meet you at the airport because we’ll be deported to leave the country if we lose,” he added in jest.

The Samahang Basketbol ng Pilipinas (SBP) and the national team have taken winning seriously by building a team of PBA superstars – a pivot from the usual practice of sending collegiate players.

But Cone – a basketball purist who advocates playing the game the right way – said it’s more than just winning.

“We want to make sure that we respect our opponents. We’re not going to be a team that’s trash talking or making fun of other teams,” Cone said.

He added: “We want teams to be able to say about us that we play the game the right way, we play it with respect, and they’ll come out with a lot of respect for us.”

And despite having practically an All-Star lineup, Cone thinks complacency won’t be an issue as they aim to put on a show, starting against Singapore on Wednesday, December 4, at the Mall of Asia Arena. (SCHEDULE: SEA Games 2019 basketball competitions)

“These guys know like, if you get overconfident in the PBA or or cocky, you get beat right away. They’ve been through the wars. They know how important this thing is to them and to the country,” he said.

“I don’t see them being complacent at this point. They’re going to be ready.” – Rappler.com