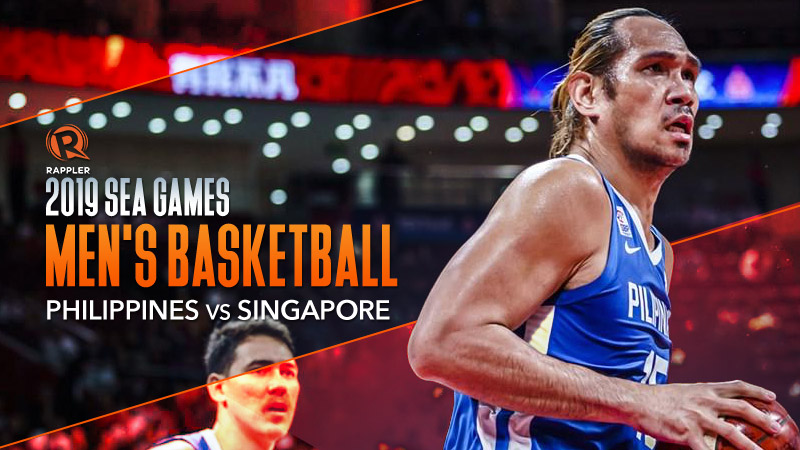 MANILA, Philippines – Only the gold, nothing less.

Gilas Pilipinas seeks to kick off its golden quest in the 2019 Southeast Asian Games on  a high note with a win over Singapore when they tangle at the Mall of Asia Arena on Wednesday, December 4.

The last time the two teams faced, Singapore gave the Philippines a run for its money before succumbing to a 60-68 loss in the semifinals in the 2017 edition in Kuala Lumpur, Malaysia.

But things are tipped differently this time, with Gilas Pilipinas parading an all-pro lineup, a move to avoid a major upset on its home turf.

“Obviously we want to get off on the right foot on our first game. We’ve done our homework on Singapore,” said head coach Tim Cone.