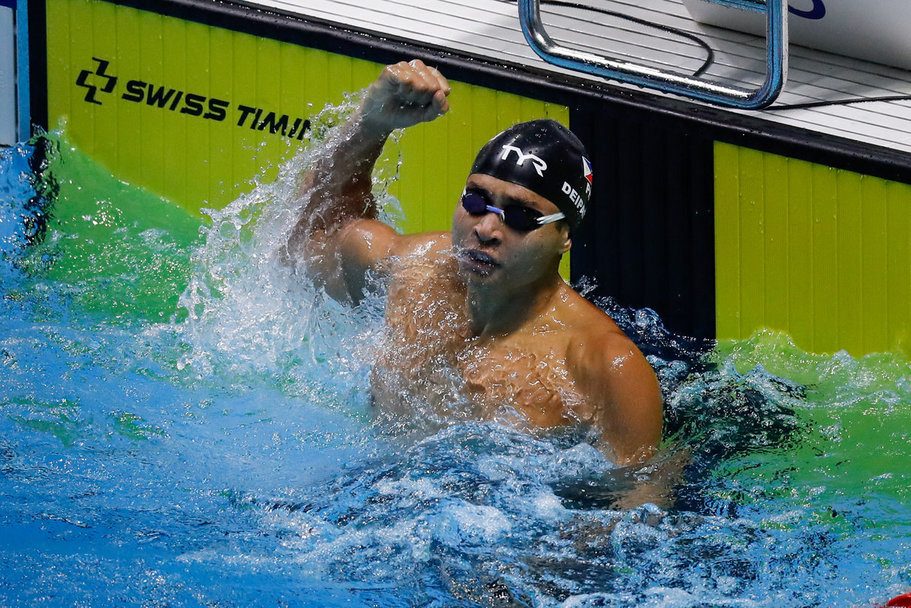 CAPAS, Philippines – James Deiparine made history right on the first day of swimming action in the 2019 Southeast Asian Games on Wednesday, December 4 at the New Clark City Aquatic Center here in Tarlac.

Deiparine captured the gold in the men’s 100-meter breaststroke, shattered a 10-year SEA Games record, reset his own Philippine mark, and ended the country’s decade-long gold medal drought in the sport.

A silver medalist in the 2017 edition, Deiparine recorded a time of 1 minute and 1.46 seconds to smash the regional tournament record of 1:01.60 that Vietnam’s Nguyen Huu Viet set in 2009.

Deiparine also broke the Philippine mark of 1:02.00, which he set in the 2017 SEA Games in Kuala Lumpur.

The last time Filipino tankers won in the SEA Games was way back in 2009 when Miguel Molina bagged a pair of mints in the men’s 200m and 400m individual medley, while Daniel Coakley and Ryan Arabejo had one each in the men’s 50m freestyle and men’s 1,500m freestyle, respectively. – Rappler.com