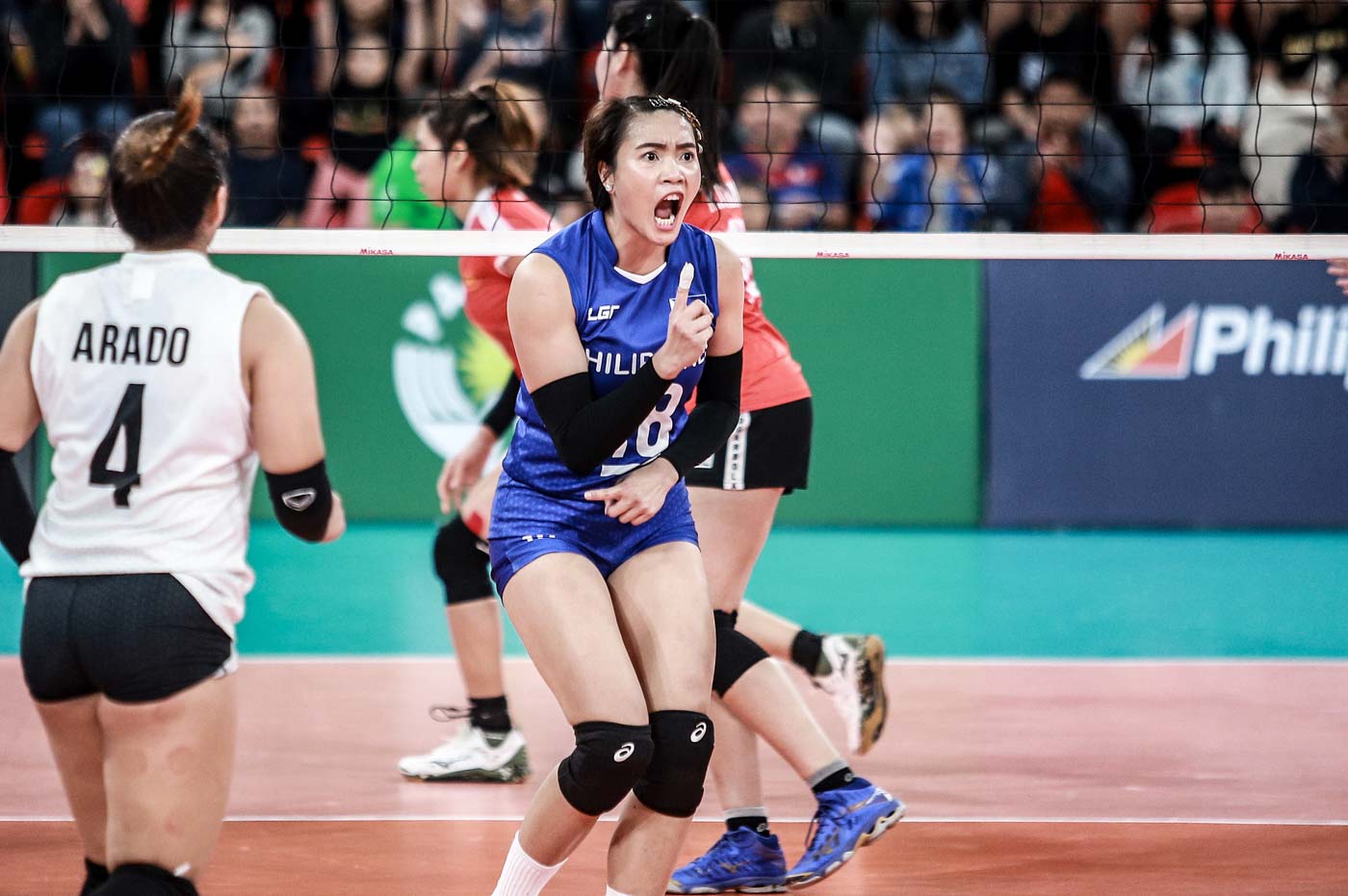 Sill locked in a 6-all tie in the 5th set, the Filipinas got undone when the Vietnamese staged a game-sealing 7-1 run capped by back-to-back blocks on Alyssa Valdez to take a huge 13-7 lead.

The Filipinas, though, stunned the favored Vietnamese in the opening frame, 25-21, but the visitors came alive off the leadership of young star “T4” Thi Thanh Thuy Tran, escaping the 2nd set, 25-23, then taking the 3rd in convincing fashion, 25-19.

The Philippines, however, then started off strong in its comeback attempt at the 4th, netting a 10-4 edge off the lead by Jovelyn Gonzaga and Valdez.

Although Vietnam tied it up, 13-all, the Philippines eventually ran away in the 4th, 25-20.

Vietnam then cranked up the defense in the final frame, with 4 of their first 6 points coming off blocks.

T4 stamped her dominance on the Filipinas with a triple-double of 27 points, 13 digs and 13 receptions as Valdez led the losing effort with 22 markers.

(I think we had a good performance but we fell short. We didn’t have a good result but that’s a lesson learned for us. Of course, we need to prepare well for our next games.)

The Philippines now heads to an even more difficult match on Thursday, December 5, against 11-time defending champion Thailand. – Rappler.com